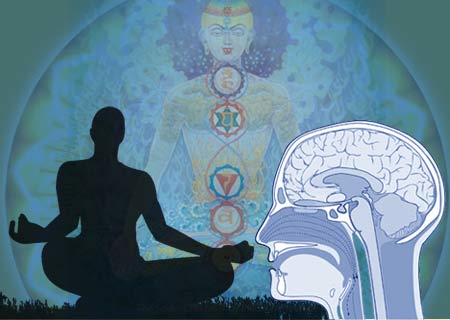 Gym sessions may be beneficial in getting a better physique and well-being. But have you ever wondered how can one enhance their brain? If you have indeed asked that question then a new study has just answered it for you. The investigators from UCLA have stated that meditation may help in increasing one’s brain size!

These investigators have made this claim by scanning and studying the brain of numerous subjects consisting of both meditators and non-meditators. This scan was conducted through magnetic resonance imaging or MRI. Most of the mediation practitioner’s seemingly practiced deep concentration regularly for any number of time ranging from 10 minutes to 90 minutes.

Apparently it was observed that particular brain sections of the people who meditated seemed to be larger than the others who didn’t meditate. This difference in brain size was noticed in the hippocampus and brain regions within the orbito-frontal cortex, inferior temporal gyrus and thalamus.

Lead author, Eileen Luders, UCLA Laboratory of Neuro Imaging, says that, “We know that people who consistently meditate have a singular ability to cultivate positive emotions, retain emotional stability and engage in mindful behavior. The observed differences in brain anatomy might give us a clue why meditators have these exceptional abilities.”

Through the use of a high-dimensional form of MRI the investigators scanned the brains of all the study subjects. They discovered relatively larger volumes of gray matter in the above mentioned regions of the brain of the people regularly practicing mediation. On the contrary it was stated that no section of the brain of non-meditators seemed to have a relatively larger volume or gray matter.

Following this analysis the investigators have also stated certain things which still need to be evaluated. These include things like precisely what do meditators succeed in developing that normal people don’t; and also the possibility that these practitioners may already be having a higher brain volume and gray matter which may have urged them to practice mediation in the first place.

These intriguing results were published in the NeuroImage journal.