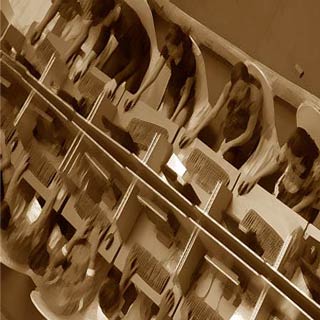 If you are a video-gaming addict then this news may particularly interest you. The latest study by experts from Centers for Disease Control and Prevention, Emory University and Andrew University finds that video-gaming is apparently a cause for increased health risk. It is usually appeared to be leisure for children and young adults but surprisingly the study reveals that in the United States the average age of players is 35.

Experts from the CDC evaluated the survey data from over 500 adults, the ages ranging from 19-90 in the Seattle-Tacoma region on health threats. Other factors like media use behaviors and insights, as well as those related to video-game playing were also analysed. Demographic factors were also taken into consideration. Considerable correlations between video-gaming and health risks were supposedly found by researchers.

The weekly usage was accumulated as the participants informed whether they were players or non-players. Internet usage was also reviewed. Internet as a social support was also one the important factors. Poor quality of life, body mass index (BMI), physical and mental health, personality, depression and health status are the personal determinants observed in the study. How much time is allotted to media was also checked by them i.e. the amount of time the participants spent during a usual week surfing the net and watching TV which includes watching videos as well as DVDs. The Seattle-Tacoma is said to be the 13th largest US media market and its internet usage is apparently highest in the nation. This is why this region was chosen.

The number of respondents who accounted for playing video-games was 45.1%. The study claimed that the female players had apparently lower health status and greater depression as opposed to the female non-players. Similarly male video-game users supposedly accounted for higher BMI as well as more internet use time as against male non-players. Internet as a social support was apparently the only common determinant among the male and female video-game players.

Primack approved Weaver et al. for focusing on the present recognition of video games not among youth but also among adults. He is of the opinion that several video-games are now-a-days ‘play-like activities’ and not the original forms of play.

Adding to it Dr Primack mentioned “How do we simultaneously help the public steer away from imitation playlike activities, harness the potentially positive aspects of video games, and keep in perspective the overall place of video games in our society? There are massive, powerful industries promoting many playlike activities. And industry giants that can afford to will successfully tout the potential benefits of health-related products they develop. But who will be left to remind us that – for children and adults alike – Hide-And-Seek and Freeze Tag are still probably what we need most?”

Dr Primack is of the opinion is that we must keep up a proper balance.

This study will be published by will appear in the American Journal of Preventive Medicine.