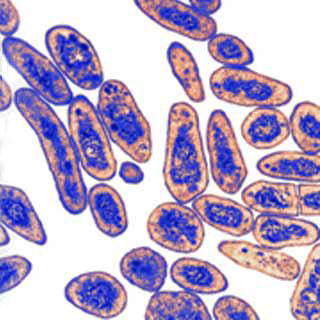 The mystery revolving around the lost efficiency of tuberculosis vaccines may have been solved. It was stated that tuberculosis vaccines, which were earlier effective, ceased to be able to inhibit the growth of bacterial lung infection. This mystery had left everyone confused, until it was recently solved by the experts from the Vanderbilt University Medical Center.

It has been estimated that tuberculosis (TB) may annually claim the life of millions of people throughout the world. This disease may be battled with the development of an enhanced TB vaccine, which is believed to come into development through the findings of the presently conducted study. More so these findings may also lead to the development of various other vaccines for other diseases.

Douglas Kernodle, MD, associate professor of Medicine, says that, “Our findings represent nearly a 180-degree reversal from the dogma of the last 60 years – that the TB vaccine stopped working because it became over-attenuated and was too ‘wimpy’ to be effective.”

On the contrary these experts discovered that these vaccines may have gotten a few traits which curb its protective efficiency. On mice models, it was noticed that by removing these traits the vaccines got back in the field with greater immune responses.

BCG (bacilli Calmette-Guérin) is said to be the presently used TB vaccine. This vaccine, which was being used since the 1920s, has seemingly lost its effectiveness against pulmonary TB. The cause for this was perhaps not very clear. It was presumed that as this vaccine was grown in culture, they got genetically modified and thereby didn’t have the same strength to arouse the same immune response required to fight against the virus.

These experts have suggested a way of overcoming this deficiency. They had earlier stated that TB itself could succeed in dodging the immune system by producing anti-oxidants. Therefore it was hypothesized that removing the anti-oxidant producing capability of BCG could perhaps boost the vaccine’s ability.

It was stated that post this modification, the process was suddenly clear. Kernodle exclaims that, “It had not become too weak – instead, by making more antioxidants it had become better at suppressing immune responses.”

On testing this vaccine on mice, it was observed that the modified vaccine performed better than its parent one. More so they have also stated that through the use of novel techniques it could be possible to further boost the effectiveness of this vaccine.

This study was published in PLoS ONE journal.