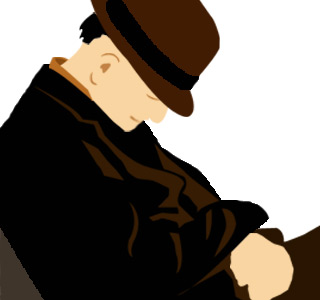 The next time you want to envy those at a higher designation, you may want to reconsider a few things. Your pay package may be lesser than theirs, but atleast you may have a higher chance of getting a restful night’s sleep.

According to a latest survey managers may be getting about 19 percent lesser nightly sleep than the required amount. Almost 40 percent of the managers who were globally questioned seemed to give the credit for their sleep deprivation to the world economy. This survey was conducted by Royal Philips Electronics.

“People lose sleep either because they cannot sleep (insomnia) or because they are not setting aside enough time for sleep – both of which can happen because of work-related stress in the current economic environment. People simply need to take sleep much more seriously,” says Dr. David White, Chief Medical Officer for Philips Home Healthcare Solutions.

Apart from this, these managers were even questioned on their awareness of the drastic effects that lack of sleep brought about. It was found that almost all of them identified the health risks associated with sleep depravity. Out of these people, only about 27 percent of them actually sought professional assistance.

Dr. White further explains that, “Sleep is not optional – it is absolutely critical to people’s health. The consequences of not sleeping enough are well documented. People who do not get enough sleep can gain weight, are prone to diabetes, high blood pressure and even heart attacks. We are facing a serious healthcare problem if we do not take sleep more seriously.”

It was also observed that more than half of these managers were familiar with the curable illness of Obstructive Sleep Apnea. This is a condition which may be characterized by repeated obstruction while sleeping at night. However, surprisingly inspite of knowing that snoring could be a crucial marker for this disorder; the subjects didn’t personally perceive snoring as problematic. More so, some even felt that snoring was not a very major problem which needed a physician’s consultation.

All these findings indicate that sleep disorders may usually be under-diagnosed because people may not be able to accurately recognize these symptoms. Another observation was that people don’t usually consider these symptoms as problematic enough to acquire medical help for it.