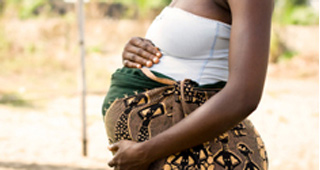 Scientists have stumbled upon some seemingly effective drug combinations for treatment of malaria over the last one year. Now, researchers from Rigshospitalet Copenhagen University Hospital and the University of Copenhagen appear to have uncovered the reason behind malaria parasites tricking their way to the placenta of expectant mothers by hiding from their immune defenses. The knowledge will pave way to better comprehension of this lethal disease and help in efforts to develop a vaccine for the same.

“We have found one likely explanation for the length of time it takes for the expectant mother’s immune defenses to discover the infection in the placenta. The parasites are able to assume a camouflage that prevents their recognition by the immune system antibodies which would otherwise combat them. So although the immune system has all the weapons it needs to fight the infection of the placenta, these weapons are ineffectual simply because the enemy is hard to spot. Ironically the camouflage also consists of antibodies, but of a type that does not help to fight infection,” cited Lea Barfod, MSc, who is working with Professor Lars Hviid at the Centre for Medical Parasitology, University of Copenhagen.

According to Lars, as the infection advances, parasites presumably play a game of hide and seek with the antibodies. The parasite probably takes shelter in the placenta. When an African woman becomes pregnant, her placenta appears to become a storehouse of the parasite so that it slyly is not witnessed by the immune mechanism. The body’s defense system supposedly takes some time to respond to the new invader, and that time seems to be just enough for the hidden parasite to deteriorate the woman and the child in her womb. The investigators are planning to further gauge if the parasite shows its camouflage at the other levels of attack. Scientists believe that parasites at other parts of the body may have the ability to hide this way too.

The research is published in the Proceedings of the National Academy of Sciences of the United States of America.