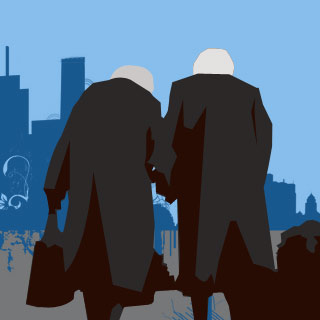 With swine flu creating panic everywhere in the world, there is a novel report which may induce a sigh of relief from many people. Seemingly older people may have an edge over this flu virus as compared to the younger lot. U.S. Centers for Disease Control (CDC) and Prevention experts presume that the elderly may have some pre-existing immunity to the swine flu virus (H1N1) which may shield them.

This particular virus is believed to usually affect children and younger adults. It was found that this virus may affect the elderly very rarely. An analysis for the cause of this disparity of virus infection was believed to have unraveled the mystery. Apparently laboratory tests have revealed that some adults, especially those aging above 60 may have certain antibodies which may shield them against the new strain of the virus.

Experts hypothesize that a few older people may still have pre-existing immunity against this virus. This immunity may have been gained from a previous infection or years of immunization with seasonal vaccines consisting of different strains as compared to the present strain.

However, genetic testing has seemingly stated that the new strain of the virus may not be linked very closely with any of the previous H1N1 virus strains.

Anne Schuchat, MD, interim deputy director for the CDC’s science and public health programs, says that, “CDC does not believe that seasonal influenza vaccine would provide any meaningful protection against this novel H1N1 strain.”

Supposedly they are even considering the possibility that the immune response of the present flu virus may not be that dissimilar as well. Inspite of the genetic results suggesting otherwise, it could be possible that a previous virus strain may have been immunologically akin to the present strain.

However these experts have stressed that these findings may need to be approached with caution.

Their report is present in the issue of Morbidity and Mortality Weekly Report.