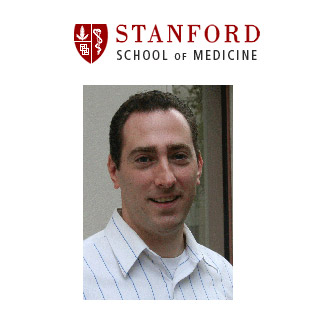 Anxiety disorder and generalized anxiety disorder (GAD) in particular is known to be marked by extreme feelings of fear and uncertainty. A latest Stanford University School of Medicine study suggests that individuals with anxiety disorder are less able to regulate response to negative emotions.

Reportedly they have abnormalities in the way their brain controls emotions unconsciously. If the study authors are to be believed then the findings could pave the path for new treatments. It may also help change our understanding of how emotions may be regulated in routine life.

Clinical data Etkin says suggests that adult GAD patients may initially be able to register negative stimuli in a largely normal way. However, they could have deficits in the way they then control negative emotions. Along with his colleagues, he analyzed to better comprehend abnormalities that may hold potential. It may also shed light on two theories dating back to Sigmund Freud one that most emotion regulation is done unconsciously, and the second that a disturbance in unconscious emotion regulation may lead to psychiatric symptoms.

To better understand this, Etkin recruited 17 people with GAD and 24 healthy participants. He then used functional magnetic resonance imaging and a behavioral marker to compare what happened when the two groups performed an emotion-based task. Viewing images of happy or fearful faces, overlaid with the words ‘fear’ or ‘happy’ was the main task. They were required to identify the expression of each face using a button box. An emotional conflict was created for participants as not all the words matched up with some happy faces seemingly featuring the word ‘fear’ or vice versa.

“We can see through the reaction-time effect that people are adapting their emotional processing” from image to image, Etkin suggested.

Etkin and his colleagues in the present study discovered both healthy participants and GAD patients to be incapable of identifying the expressions. As was expected, healthy participants seemed to have reacted more quickly to incongruent images when the earlier image was also incongruent. Later when the volunteers were asked if they were aware of any pattern that might have helped or hindered their performance, they answered in a negative. Etkin mentioned that this demonstrated that this process was carried out unconsciously.

The GAD patients however were found to lack the reaction-time effect that was seen in healthy patients. In the most anxious patients, reaction time was additionally actually worsened when two incongruent images were present in a row.

“GAD patients had decreased ability to use emotional content from previous stimuli to help them with the task,” added Etkin. “The differences between the two groups were striking. By looking at reaction times alone, we could classify who was a patient and who was a control.”

The scientist further revealed that this reflected the first solid demonstration that a psychiatric population may have a deficit in a form of unconscious emotion regulation.

Senior study author Alan Schatzberg, MD, the Kenneth T. Norris, Jr. Professor and chair of psychiatry and behavioral sciences, indicated the findings to offer new insight into the biology of psychopathology. Additionally it may also detail the potentially mechanisms underlying the response to psychotherapy. They could, he suggested, deliver a new method also to gauge the efficacy of therapy.

The work is published online in this month’s American Journal of Psychiatry.