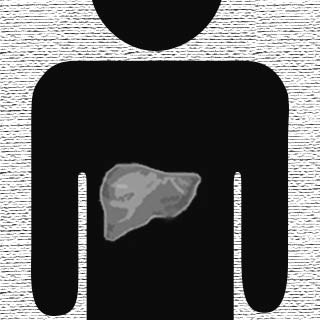 Numerous experts are believed to be on the look-out for effective drugs in the fight against liver carcinoma. For this purpose an analysis was seemingly conducted on the effects of the flavonoid, Chrysin. Inspite of its wide ranging positive effects, they are believed to be restricted in a few of their biological activities. Therefore to bring about an improvement in this area, an evaluation was conducted on chrysin’s derivatives, which even includes 5-allyl-7-gen-difluoromethylenechrysin (ADFMChR). Thus Dr. Jian-Guo Cao and others from China were believed to have analyzed the anti-tumor effect of this derivative in vitro.

Human liver carcinoma has been estimated to be the fifth most common type of cancer globally. Evidently, what makes this cancer dangerous is that people suffering with this usually succumb to it within a year of diagnosis. Its present treatments seemingly include chemotherapy and surgery. However following treatment, the patient may often have to bear its side-effects. Therefore various attempts were being made to come up with better drugs to treat this tumor.

Chrysin, is a widely distributed flavonoid, with the ability to curb the development of human thyroid cancer cells. They are also said to act as an anti-oxidant, anti-diabetogenic and anti-virus among others. However irrespective of this, it is also believed that chrysin may fall back in its clinical application because of its modest absorption in the intestine. Another reason for its limited biological activity may be due to its rapid in vivo glycosylation. Therefore the experts in the hope of coming up with new ways to boost the biological activity of chrysin, studied a few of its derivatives like ADFMChR.

For this purpose, these experts were believed to have cultured the HepG2 cells and L-02 cells. They also seemingly gauged the preventative causal effect of ADFMChR on their proliferation. This measurement was seemingly conducted through the MTT assay.

Apparently, it was observed that ADFMChR may be able to effectively curb the proliferation of the HepG2 cells. This inhibitory effect of ADFMChR was believed to be conducted in a dose-dependent manner. It also didn’t seem to have much effect on the development of the L-02 cells.

The observations made by these experts may evidently form the molecular base for the preventative effects of ADFMChR against cancer. Apart from this they may also be helpful in future studies for the prevention and possibly even cure of human liver carcinoma.

This study was reported in the World Journal of Gastroenterology.