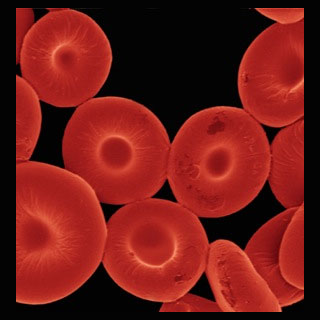 The scientists claim to have created soft synthetic particles that closely imitate the behavior of natural red blood cells. Supposedly these cells reveal characteristics and essential functions that are very similar to red blood cells. Some of these include softness, flexibility, oxygen carrying ability and more. They may also have the ability to carry drugs.

Essentially, the basic function of natural red blood cells is known to be its ability to carry oxygen. Interestingly, the newly developed synthetic red blood cells (sRBCs) claim to perform this function extremely well. They were shown to retain about 90% of their oxygen-binding capacity after nearly a week. Nishti Doshi, UCSB graduate student was the lead author of the paper.

In addition to this, sRBCs also exhibited the distinct ability to deliver therapeutic drugs effectively and that too with controlled release. Besides, they also seem to have showed the capacity for carrying well-distributed contrast agents that appear to offer enhanced resolution in diagnostic imaging.

“This ability to create flexible biomimetic carriers for therapeutic and diagnostic agents really opens up a whole new realm of possibilities in drug delivery and similar applications,” mentoined UCSB chemical engineering professor Samir Mitragotri. “We know that we can further engineer sRBCs to carry additional therapeutic agents, both encapsulated in the sRBC and on its surface.”

The researchers associated with this development claim to have successfully synthesized the particles by developing a polymer doughnut-shaped template. They coated the template with nearly nine layers of hemoglobin along with other proteins. After this they removed the core template that resulted in particles claiming to have the same size and flexibility as natural blood cells. These were also found to carry as much oxygen as their natural counterparts.

The sRBCs boast of flexibility that is absent in ‘conventional’ polymer-based biomaterials that are known to be created as carriers for therapeutic and diagnostic agents. This seems to allow the sRBCs to flow through channels that appear to be smaller than their resting diameter and may stretch in response to flow. They then appear to regain their discoidal shape upon exiting the capillary, just as their natural counterparts do.

Synthesizing particles that imitate the shape and properties of healthy RBCs, the new method also claims to also be useful in the development of particles that could mimic the shape and properties of diseased cells. These include those found in sickle-cell anemia and hereditary eliptocytosis. Researchers anticipate the availability of such synthetic diseased cells to lead to better understanding of how the diseases and others could affect RBCs.

The current online edition of Proceedings of the National Academy of Science carries this finding that will also be published in the print version of the journal in the near future.