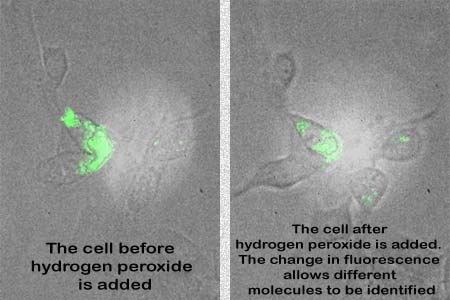 The MIT engineers have developed carbon nanotubes into sensors for the DNA damaging agents within the living cells. The chemical engineers make use of these nanotubes to observe chemotherapy, and also identify toxins at the single-molecule level.

These sensors can be of great assistance in chemotherapy patients, they can ensure the effective results of the drugs used. Several chemotherapy drugs, supposedly, are said to be strong DNA disruptors, which have several side-effects. Thus it is very crucial to ensure the positive effects of the drugs taken.

Senior author Michael Strano, associate professor of chemical engineering, says that, “We’ve made a sensor that can be placed in living cells, healthy or malignant, and actually detect several different classes of molecules that damage DNA.”

Lead author Daniel Heller, a graduate student in chemical engineering, says, “You could figure out not only where the drugs are, but whether a drug is active or not.”

Over a long period of time, the researchers, with the help of these sensors can, apparently, keep an eye on the living cells. It’s said that the sensor is capable of locating the precise position of the molecules within the cells. Strano says, “We can differentiate between different types of molecules depending on how they interact.”

This innovative technology benefits from the capability of the carbon nanotubes to florescence in near-infrared light. Human tissues don’t have this capability, thus the lighting up of the nanotubes is, evidently, more visible.

Individually the nanotubes are covered with DNA, which in turn holds on to the DNA-disruptors in the cell. The contact between these two influences the intensity and/or wavelength of the fluorescent light from the nanotube. It’s stated that these agents give out different signals through which they can be easily detected.

It’s said that, since these nanotubes are coated with DNA, supposedly, their injection in living cells is not harmful. Having said this, it’s also stated that nanotubes, evidently, come in various lengths and can be coated with different materials. These materials, apparently, define its toxic or non-toxic effects on the living cells.

The researchers, in future, hope to use the sensors in the study of the effects of various anti-oxidants and also to come up with new ways to use the toxic chemotherapy drugs efficiently.

Their work is published online in Nature Nanotechnology.

Deaf Iraqi Girl can Now Hear, thanks to U.S Army in...