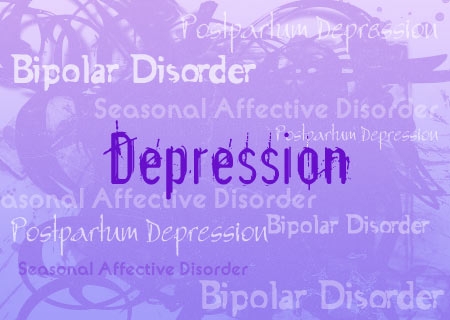 When you can’t sing the blues away…It’s time to get help. Right from Monday blues to winter blues, all of us know and except sadness to be a state of mind dependent on external environment. But when this sadness is viewed as illnesses, scorn is what you get. These were and largely still are believed to be afflictions of the rich. Poor people have more real diseases like pneumonia to contend with. Right?

Well, you could just be wrong! At the heart of this belief is the idea that the mind is independent of physical morbidity. While we see emotions getting the better of people and ourselves day in and day out, it is not something to see a doctor about. Now you’ve probably come across articles about depression and its effects on work and family life complete with compelling statistics in Sunday newspapers. So all we intend to do is put some clinical facts in front of you.

So when is depression clinical? Just feeling sad or bad about something is off course, not depression. ‘Feeling low’ for more than a week should alert you as to the possibility of everyday activities being disturbed.

Loss of pleasure in usual activities (Anhedonia); depressed mood; feelings of worthlessness and inappropriate guilt; inability to concentrate; fatigue or loss of energy; insomnia or hypersomnia; psychomotor agitation or retardation; significant weight loss or weight gain and recurrent thoughts of death or suicide are the criteria for depression to be clinical; i.e. diagnosed as such by a doctor. Five or more of these symptoms should be present for not less than 2 weeks and one of them must be anhedonia or depressed mood. When these criteria are met for at least 2 years continuously, depression is said to be chronic.

Following are some of the more common conditions that exist with a depressed state:

Bipolar Disorder: The incidence of this cinematic and in fact, Shakespearean condition is as high as 1%. Now you might say I’ve known more than a 100 people and not 1 of them had multiple personalities. And you are correct. Bipolar disorder is characterized by severe mood swings from depression to mania. Multiple personality syndrome is an end stage psychosis of this condition when the patient actually develops two or more personalities that match these moods.

Seasonal Affective Disorder (SAD): This includes depression triggered by the onset of winter. That’s correct. SAD is when you’re sad in winter. It occurs due to scarcity of exposure to sunlight. It is found to afflict youngsters and women to a greater extent. Prevalence; naturally, is higher in the northern hemisphere. While you may have a slight smile on your face right now, this particular condition clearly links external environment to the physiological and emotional state.

Postpartum Depression: This state of depression sets in within a month of giving birth. The mother shows symptoms of general anxiety and is likely to be unresponsive to the child’s needs (like feeding) and in general feels overwhelmed by the situation. It is believed but not definitively proved to be because of hormonal changes occurring during pregnancy and child birth. It can turn dangerous as patients have been known to turn violent against their own child. Like other forms of depression, postpartum depression can arise from stress resulting from lack of sleep, nutrition, familial support and poor economic conditions. Some theories link this form of depression to behavior seen in animals of abandoning their young when the time and effort cannot be spared in terms of feeding, protection etc.

It is estimated that 2 – 4% men and 4 – 9% women have at least one major episode of depression in their lives. According to World Health Organization (WHO) by 2020 depression will be the second-biggest health problem globally, just after heart disease. Currently, 340 million people all over the world and 56 million people in India suffer from depression making it more prevalent than diabetes! The incidence of depression is much higher in people with existing medical conditions; 10 – 30% in outpatients. This complicates the existing condition and makes recovery more difficult.

Anxiety is a term that is spoken of a lot these days. Though it commonly co-exists with depression in about 2/3rds of depression cases, it can exist just by itself. The differences between anxiety and depression may be subtle but grave. While the former is known to be future oriented, the latter is past oriented. Also feeling helpless and a low suicide risk are associated with anxiety while feeling hopeless and a high suicide risk are linked to depression.

So why does the condition occur? Experts feel that depression probably developed as a coping mechanism. When faced with stress, we resort to repetitive behavior to avoid thinking about the stress factors. Research has shown that mice continuously exposed to stress are more prone to habitual behavior. In fact, the area of their brain responsible for habitual behavior (like an auto-pilot mode) grew in size and the area associated with decision-making actually shrunk! This means that in conditions of stress-related anxiety and depression, we may actually become accustomed to doing the same things repeatedly that got us in the rut in the first place.

Now that we’ve seen how depression can be as real and debilitating if not more so than any disease, let us take a look at the treatment available. Counseling of course is the first step. However, since patients and/or their families are reluctant to seek medical help for what they believe is emotional weakness if not worse (Read: possession by spirits, jinxes and so on), prognosis is generally bad. Hence, in many cases, a psychiatrist would have to put the patient on medication right away. In general, if symptoms of depression persist for more than 2 months, pharmacological treatment is initiated. Other factors that decide the onset and nature of treatment are age, co-morbid conditions, family history of depression and recurrences.

It is important to note that antidepressants take 1 – 2 months to bring about noticeable improvement in symptoms and as many as 50% of patients do not respond to the first medication they are put on.

Combination therapy of two or more drugs has been found to work best exerting a synergistic action. Drugs mostly aim at correcting chemical pathways that are typically disturbed in different cases. We all know for a fact that symptoms of PMS like mood swings and hot flashes during menopauses are behavioral manifestations of underlying hormonal imbalances.

Exercises ‘addicts’ will assure you that working out gives them a high. This is because exercising releases serotonin also known as the feel-good hormone. Then why would it be hard to believe that depression is a very real illness caused by chemical imbalances in the body coupled with external stress factors and can be corrected with medicines. Explaining this to the patient along with hereditary disposition and wide prevalence of depression may reduce the stigma for him/her.

Often, the doctor needs to titrate doses of a medication; i.e. gradually increasing the strength of doses to make sure the patient can tolerate the medicine. Also, while taking a patient off a medication or switching medication, doses need to be tapered off to prevent withdrawal symptoms. For patients with co-morbidities such as diabetes, blood pressure etc choosing the right medication becomes that much more difficult as the doctor needs to take side effect profile and drug interactions into account. This coupled with the fact that compliance can be an issue with depressed patients makes follow-up visits (ideally once a month) very important. This is why we haven’t mentioned any specific drugs in this feature. Attempts at self-medication or any improvisation can prove horribly wrong. Family members and care takers should therefore make sure that the doctor’s advice is followed to the letter. Caretakers can also help by reporting any behavior different from normal and negative or suicidal thoughts.

Cognitive Behavioral Therapy (CBT) is a very commonly used technique used to treat depression and associated disorders either in combination with medicines or by itself. Although there are various approaches to CBT, it basically consists of keeping a diary of events, thought and feelings. It helps patients make systematic assessments of thoughts and fears that may be misplaced, illogical or otherwise unhelpful and finally come to terms with it. Gradual exposure to feared stimulus is a part of this. For example, treating fear of the dark by investigating the root of that fear and gradual exposure to the dark itself. It is important to note that CBT would not be very effective in cases of substance abuse and severe psychosis. Also, there is no substitute for classical counseling.

With that said, a disturbing trend lately has been the increased incidence of full-blown depression among teens and pre-teens. In a previous article, we spoke about early puberty. This coupled with pressure from parents and/or school along with an unhealthy life style can make for a potent agent of depression. Even general practitioners would tell you that a large proportion of cases they see involve depression. Medicines are administered once it is established that therapy alone won’t help.

Most neuro-psychiatric drugs are classified under Schedule X (narcotics) by the Drug Controlling Authority. This means one can’t buy it from a chemist without showing a fresh prescription every time. Checks are kept on chemists in the form of random checks. How much gets implemented in a country like India is anybody’s guess. What we need to do is be diligent about the prevalence and reality of depression and consult a doctor at the earliest signs. It can be a debilitating condition and it deteriorates the patient’s personal and social life. If present along with other health problems, it can complicate a condition beyond a straight-forward cure.