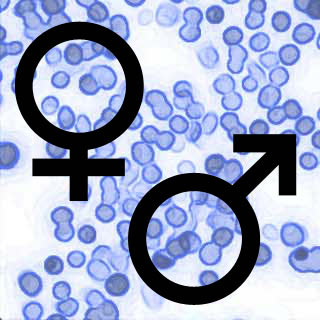 According to a latest study, men may have an increased 16% chance of developing cancer as compared to women. Not only this, it is also believed that they may have almost double the chance of dying from this disease than the fairer sex. This study was stated to have been jointly published by the National Cancer Intelligence Network (NCIN), Cancer Research UK and Men’s Health Forum.

Seemingly after excluding the cancers specific to a particular sex (like prostate cancer or breast cancer) the experts found that men seemed to have a 60% greater risk of developing cancer and a 70% increased risk of dying from this disease.

Even lung cancer was stated to have been removed from the analysis because this disease, which mainly affects men, was believed to mostly take place due to smoking. Following this removal, the experts hoped to discover similar statistics for cancer risk in both men and women. However it was discovered that men still seemed to have a higher risk of cancer than women.

The reason for this disparity is hypothesized to be due to the stereotypical behavior of men; for instance an unhealthy lifestyle, down playing to the early signs of disease symptoms, etc.

“For many of the types of cancer we looked at that affect both sexes, there’s no known biological reason why men should be at a greater risk than women, so we were surprised to see such consistent differences,” says Professor David Forman, information lead for the NCIN. “After taking out the effect of age, men were significantly more likely than women to die from every one of the specific types of cancer considered and, apart from melanoma, they were also significantly more likely to develop the disease.”

Professor Forman also states that men may have a higher risk because they are believed to be lesser health conscious than women. Therefore he further adds that, “What we see from this report could be a reflection of this attitude, meaning men are less likely to make lifestyle changes that could reduce their risk of the disease and less likely to go to their doctor with cancer symptoms. Late diagnosis makes most forms of the disease harder to treat.”

Having said this, the experts have also stated that such diseases, if diagnosed early on may have a higher chance of being successfully treated. Therefore postponing a visit to the doctor for such cancers may prove to be a dangerous choice. This delay could further increase the ratio of men succumbing to this disease as compared to women.