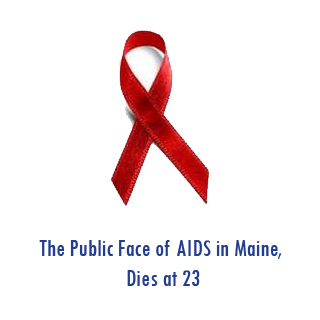 In 1991, a six-year old first-grader went bold by telling her classmates that she was infected with the HIV virus. The little girl named Autum Aquino who became the face of AIDS, passed away on Thursday at the Eastern Maine Medical Center. Reportedly, Aquino contracted a bacterial sinus infection that developed into pneumonia in spite of the administration of the antibiotic that was prescribed for her.

Early Thursday morning, she was taken to EMMC with a high fever in an unconscious state and by Thursday evening she had slipped into a coma. Diagnostic tests detected no brain activity and she breathed her last at about 9:30 p.m. on Thursday.

When Aquino was 6, in 1991, she arrived in Portland from Bangor when her mother, Theresa Dannemiller, confronted in public that she and her daughter were infected with HIV. Dannemiller got the virus from her husband, who was a drug user.

Dannemiller, along with young Autum wanted to clear the common misconceptions that were connected with HIV. They openly discussed the disease into the forefront.

When in 1992, Aquino and her family moved to Lakeland, Fla., a few residents were not eager to welcome them. Following which the family moved back to Maine in January 1993. Dannemiller died in 1993, when Autum was around 8, and she too wasn’t expected to live for long.

However, she moved in with an aunt and uncle in the Bangor area, graduated from high school, attended college and went on to live and work in Bangor. She graduated in 2003 from the Hampden Academy.

Her sudden demise came in as quite a shock to her close family. Apparently, she had been healthy and active, working in a local retail store and living with her fiancé Richard Gamble in an apartment in Bangor.

In the recent years, Aquino spent a lot of time talking to teenagers about HIV and AIDS.

In an interview last year with WCSH-TV in Bangor, Aquino mentioned that her mother was a role model to her in teaching her to live life to the fullest. And for sure, the late Aquino will serve to be as a role model for the HIV affected youth today. May God rest her soul in peace.