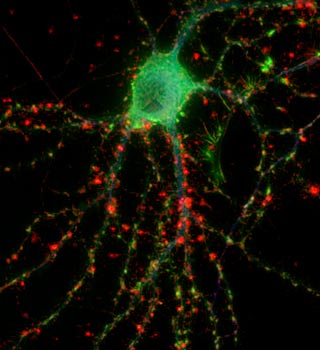 Researchers may have found the clue of letting brain cells heal themselves. A unique study by researchers at the Children’s Hospital in Boston suggests that it is possible to regenerate damaged nerves in the brain or the spinal cord by simply calming natural growth inhibitors.

Experts associated with the study have been successful in finding a method to regrow damaged optic nerves which they hope will pave the way for treatment of severe or damaged nerve cells in brain and spinal cord too. In the present research, scientists were able to calm down genes temporarily which halted the regeneration of mature neurons leading to their recovery and re-growth.

Zhigang He, PhD, Associate Professor of Neurology at Children’s and senior author on the paper, remarked, “Because injured neurons cannot regenerate, there is currently no treatment for spinal cord or brain injury. We knew that on completion of development, cells stop growing due to genetic mechanisms that prevent overgrowth. We thought that this kind of mechanism might also prevent regeneration after injury.”

He commented further, “This is the first time it has been possible to see such significant regeneration by manipulating single molecules. We believe that these findings have opened up the possibility for making small-molecule drugs or developing other approaches to promote axon regeneration.”

Working jointly with Mustafa Sahin, MD, PhD, Assistant Professor of Neurology at Children’s, Prof He indicates that re-growth of cells is mainly controlled from within the cells themselves. Genes of nerve cells are incorporated with growth controls and the team claims to have identified two eminent genes that are known to inhibit the major growth pathway in nerve cells. On knocking out the two genes injured cells are capable of growing new axons.

Equipped with genetic techniques, the scientists removed the two key inhibitory regulators of the mTOR pathway. Called as PTEN and TSC1 and found in the brain cells of mice, these regulators are known to be active in cells during growth and development, but eventually slow down in control once neurons have matured.

Two weeks in and the mice were mechanically damaged for the optic nerve. After two weeks of staying injured, nearly 50% of the damaged neurons in the mice who had the gene deletions of PTEN or TSC1 survived. In comparison, survival rate for mice minus the deletions was just about 20%. Additionally among the surviving mice, nearly 10% exhibited noteworthy re-growth of axons which appeared to increase over time.

Axons are fibre-like projections of neurons that are actually the pathways that carry messages from cell to cell and transmit signals over long distances.

Researchers are now trying to get an insight on axon regeneration after injury. While current treatment for spinal cord or brain injury does not involve regeneration of injured neurons, scientists hope that with the present availability of specific PTEN inhibitors and similar small-molecule inhibitors of the mTOR pathway will help them develop novel neural regeneration therapies in the coming days.

The research has been published in the November 7 issue of Science.