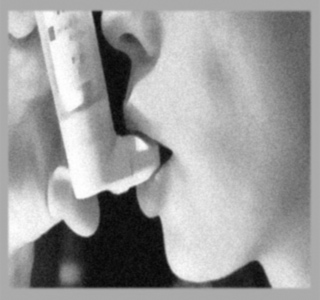 There is good news for people suffering from asthma and other allergic problems. The University of Pittsburgh School of Medicine has identified the genetic compounds of dendritic cells which are the means of asthma and allergy-related immune response malfunction. Through these elements the patients with allergic disorders and asthma would receive a better treatment and effective drugs. The study was reported in the May edition of the journal Nature Medicine.

There are different functions that the dendritic cells perform which are significant to immune response. The dendritic cells can recognize, capture and introduce threatening organisms to T lymphocytes and other immune cells that secrete potent proteins called cytokines which surround and destroy the invaders.

“We now have identified a molecule, c-Kit, that is central to the process of allergic response. We show that genes encoding for c-Kit and the cytokine interleukin 6 (IL-6) are significantly activated when allergens are present, but c-Kit is the very first molecule that gets triggered,” said Anuradha Ray, Ph.D., co-corresponding author and professor of medicine and immunology in the Division of Pulmonary, Allergy and Critical Care Medicine, University of Pittsburgh School of Medicine.

The exchanges or interactions which take place between the viruses, bacteria and molecular shows that the immune defenses are mostly unknown. The cultivated cells were used from c-Kit mutant mice. Dr. Ray along with her husband and co-corresponding author Prabir Ray, Ph.D, and their colleagues have examined the molecular reactions to attack the cholera toxin and a standard allergen, house dust mites. Moreover it was found that c-Kit and IL-6 has effects on the stem cell factor and Jagged-2 immune system molecules which are parts of the activation process.

Dr. Prabir Ray said, “We have known the T-cell side of the story for many years, and we know that dendritic cells are important, but what we did not know was how the dendritic cell does what it does. Therapy directed against c-Kit specifically on dendritic cells using compounds coupled to c-Kit inhibitors such as Gleevec, a drug that is already FDA-approved and used in cancer treatment, may alleviate allergic diseases and, potentially, inflammatory bowel disease.”

The dendritic cells were infused with cholera toxin and house dust mite allergens by the Pittsburgh team. It was evident by this that both the substances had considerable secretion of c-Kit and IL-6, following the activation of T helper cells.

Dr. Anuradha Ray says, “Dual upregulation of c-Kit and stem cell factor has been noted in some cancers, such as small cell lung cancer. IL-6 has been associated with cancers such as multiple myeloma. Collectively, similar approaches to inhibit c-Kit, in addition to Gleevec or other inhibiting compounds could alleviate multiple cancers.”

The findings have been filed for exclusive rights (patent) by the University Of Pittsburgh School Of Medicine.

The doctoral thesis of the study was prepared by a student named Nandini Krishnamoorthy in the Immunology Graduate Program. The laboratory proceedings were held by Dr. Prabir Ray, associate professor of medicine and immunology, University of Pittsburgh School of Medicine.

The other authors in the study are Timothy Oriss, Ph.D., Melissa Paglia, B.S., Mingjian Fei, M.S., and Manohar Yarlagadda, M.S., all of the University of Pittsburgh School of Medicine; and Bart Vanhaesebroeck, Ph.D., Queen Mary’s School of Medicine and Dentistry, London.