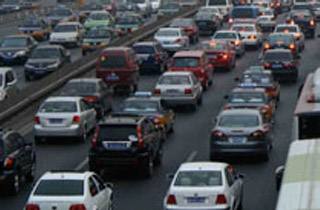 Right from childhood we are made aware of the harmful effects of air pollution. On this note, scientists from the London School of Hygiene and Tropical Medicine have put forth that air pollution could accelerate chances of heart attack.

As a part of the study, the records of nearly 80,000 patients who had experienced an attack and living in the U.K were examined. The analysis spans across London, Liverpool, Sheffield, Cardiff and Southampton.

The local levels of traffic pollution in each of the locations were scrutinized. The outcomes showed that after 6 hours of exposure to this pollution, the chance of encountering heart attack also seemed to increase.

British Heart Foundation, Associate Medical Director, Professor Jeremy Pearson, commented, “We know that pollution can have a major effect on your heart health. This large-scale study shows conclusively that your risk of having a heart attack goes up temporarily, for around six hours, after breathing in higher levels of vehicle exhaust.”

She added that pollution tends to thicken the blood in the heart resulting in the formation of a clot. This is deemed to lead to a greater risk for heart attack. She suggests that patients who are diagnosed with heart disease should avoid areas with more traffic and pollution such as busy streets.

Initial studies have revealed that minute particles in diesel may form a clot in the blood vessels that supply oxygen to the heart. If a clot is formed in one such vessel, it causes heart attack.