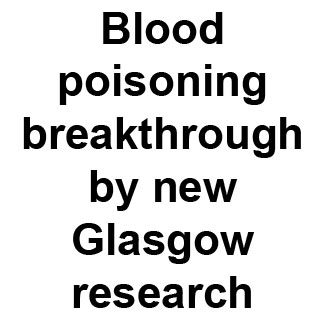 Blood poisoning or sepsis is often characterized by a whole-body inflammatory state with very limited treatment available. A University of Glasgow research claims to have discovered a possible way to understand how the condition is treated. The experts have apparently presented a means to decrease death rate caused by this ailment.

The authors enlightened that many a times blood poisoning seemingly develops into septic shock which is an acute and systemic inflammatory condition. This may further lead to multi-organ damage, cardiovascular dysfunction and often death. But the investigators have apparently revealed a unique molecular pathway to fight the disease.

The molecular pathway known to be stimulated by a lipid enzyme is termed as sphingosine kinase1 (SphK1). The investigators believe that during inflammation, SphK1 gets activated. But when it is blocked it seems to tremendously lessen the risk of death from blood poisoning.

“Inhibitors of SphK1 may become therapeutic agents against this major class of disease which claims the lives of millions of people across the world each year. The incidence of sepsis is on the increase and clinical treatments are still inadequate so a medical breakthrough of this kind is timely and will hopefully lead to a way to treat this killer condition,” explained Professor Melendez.

SphK1 is described to be highly elevated in inflammatory cells of patients with sepsis. Restriction of the molecular pathway weakens the proinflammatory response which is generated by bacterial products in the human cells.

The scientists performed an experiment on mice with sepsis which helped them to analyze their mortality rate once treated with a SphK1 blocker. The outcome was that mice treated with the SphK1-inhibitor appeared to be safe from multi-organ failure. Apart from this, they also displayed a much more efficient bacterial clearance than untreated mice.

This research is apparently a follow up of a previous analysis which proved that employing SphK1 can curb inflammatory mechanism. During this research the investigators possibly showed that SphK1 controls systemic inflammation. They also determined the drugs that target the molecule and hence aid to treat the disease.

The research is published in the latest edition of the scientific journal Science.