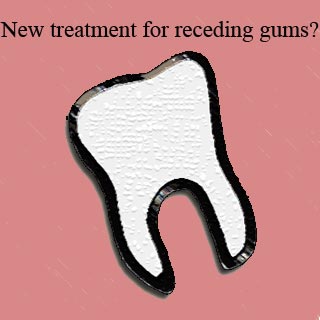 Tufts dental experts carried out a follow-up three-year study that analyzed the steadiness of a treatment option for receding gums. They seem to have found that total root treatment which appears to be the ultimate aim of the surgery was maintained. Experts were noted to have developed a specific tissue regeneration tool which could lessen the pain and recovery time during gum grafting surgery.

Supposedly, long-established gum grafting surgery may involve the removal of the palate tissue surgically in order to substitute the gum tissue lost around the teeth. Nevertheless, people seem to experience severe pain while removing tissue from the palate which was also noted to have an extensive recovery time.

The American Academy of Periodontology has stated that adults aged 35 and older suffer from tooth loss mainly due to periodontal disease. Apparently, this disease includes gum recession, also termed as gingival recession, which may lead to tooth root decay and tooth loss.

An associate professor, Terrence Griffin, DMD, chair of the department of period ontology, and director of postdoctoral period ontology at Tufts University School of Dental Medicine in Boston, has stated that, “Patients have a less invasive treatment option for receding gums and we now have evidence to support the stability of this relatively painless procedure. Instead of leaving the dental office with stitches in the roof of their mouth, a patient leaves with a small bandage on the arm that can be removed in an hour.”

During the treatment, the new tissue regeneration tool was believed to make use of graft instead of tissue from the palate. Supposedly, the graft is made by using a platelet concentrate gel applied to a collagen membrane. It was believed to have been soaked in the patient’s platelets which may have been collected during the treatment. Apparently, the graft was positioned and surgically stored over the receding tooth root.

For the purpose of better understanding this criterion, experts were believed to have taken measurements from six patients with gum recession after a period of 6 and 36 months after surgery. It was estimated that at six months time, the six patients seem to have approximately 65 percent complete root coverage whereas at three years time, they seem to have approximately 57 percent complete root coverage. Experts have observed that gum recession over three years was minimal and that the outcomes are similar to traditional gum grafting surgery.

“Gum disease affects most American adults and research is linking periodontal disease to other health problems, including heart disease. Encouraging patients to undergo surgery to fix receding gums can be difficult because the mere thought of this dental surgery is often associated with considerable pain. This treatment, while only marginally more expensive for the patient, is more time-consuming and technically more difficult for us but the end result — improved esthetics, reduced pain, and, most importantly, improved oral health for the patient — make it a valuable and important alternative,” said Griffin.

Co-author Wai Cheung, DMD, MS, assistant professor in the department of Periodontology at Tufts University School of Dental Medicine has stated that, “Our previous research determined that pain and discomfort were barriers to receiving traditional gum grafting surgery. We have also shown previously that this treatment for gum recession results in proper coverage of the tooth root, better esthetics than those found with traditional gum grafting surgery, and enhanced patient satisfaction with the results.”

Evidently, Griffin, Cheung and other colleagues seem to have studied various options to traditional gum grafting surgery. They were noted to have published nearly 20 publications on this subject matter.

These findings have been published in the Journal of Periodontology.