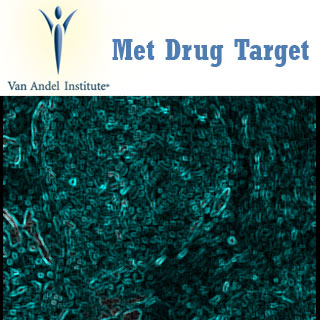 Presently, patients experiencing certain types of aggressive breast cancers, are believed to have very few treatment options. Apparently, experts from Van Andel Research Institute (VARI) have recognized a gene which could be a significant therapeutic goal in the treatment of the most destructive forms of breast cancer.

Experts seemed to have found that the Met gene could play an important role in the growth of basal breast cancer. This cancer is claimed to be an aggressive form of breast cancer.

“Met has already been associated with decreased survival in breast cancer, but this study identifies its importance in specific types that can be distinguished at the molecular level,” says VARI Distinguished Scientific Fellow George Vande Woude, Ph.D., who heads the laboratory that conducted the research.

Dr. Vande Woude’s laboratory at the National Cancer Institute in the 1980’s elucidated that unsuitable levels of Met may occur in human tumors. These cells with inappropriate Met signaling may severely cause an impact and spread cancer. However, this signaling appears to be implicated in most types of human cancers and high Met expression often relates to poor prognosis.

VARI Research Technician, Jack DeGroot stated that, “We found Met in the majority of breast cancers. But levels were highest in aggressive types; making Met a promising drug target that could help patients that currently have few treatment options.”

“This very exciting work by the Van Andel Research Institute gives us a new target for treatment of patients with one of the worst types of breast cancer — basal breast cancer. Since there are many new inhibitors of Met available for clinical trials, we now have a direct route for immediate application of these important findings in the care of patients with this very aggressive form of breast cancer,” says Physician-in Chief of the Translational Genomic Research Institute (TGen) in Phoenix, Arizona, Dr. Daniel D. Von Hoff.

It was noted that TGen started an alliance with Van Andel Institute in February. It was estimated by the American Cancer Society that in the United States, breast cancers report for more than one in four cancers detected in women. Allegedly, the National Cancer Institute approximates that 40,170 women in the U.S. might die from breast cancer in 2009.

This study has been published in Proceedings of the National Academy of Sciences U.S.A.