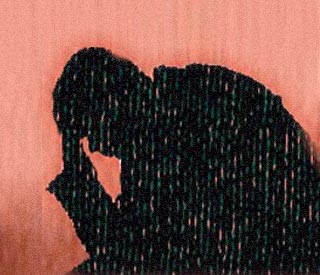 According to a new study, using antidepressants in combination with ECT may be a more effective way of treating severe depression. This combination therapy is also believed to bring about lesser memory loss than when using ECT alone.

These findings are believed to be useful in lowering the amount of memory loss, which is noted to be one of the main causes of concern associated with ECT or or electroconvulsive therapy. ECT is a treatment which uses an electrical stimulus to the brain to induce seizures. The electrodes that are attached to the head of the patients deliver the stimulus. During this procedure, these patients are noted to be anesthetized and are also given muscle relaxants. This sort of a treatment is believed to be prescribed for those patients having severe depression, who are catatonic or suicidal; or have not reacted effectively to medications.

However following this treatment, patients may often experience memory loss, which is rectified in a couple of days after the treatment. Therefore the present study was believed to have been conducted with the aim of coming up with a way which could increase the effectiveness of ECT and also lower the amount of memory loss.

Lead investigator, W. Vaughn McCall, M.D., M.S, professor and chairman of the Department of Psychiatry and Behavioral Medicine, says, “Although ECT remains a powerful treatment, there is still a significant proportion of patients that do not respond – recent statistics show a 70 to 80 percent response rate. Even in patients who do respond, there still is a significant risk of relapse. Patients may become ill again with depression within a matter of weeks to a few months after ECT.”

Mc Call exclaims that, “We’ve been doing research for the last 10 years to find a way to make unilateral stimulation work as well as bilateral. We finally did that in this study.”

The efficiency of this combined treatment was apparently tested at various sites, including Wake University School of Medicine, Columbia University in New York, Washington University in St. Louis and the University of Pittsburgh.

Apparently the next step of this study is to assess the long term effects of this treatment.

The study findings have been presented in the issue of the Archives of General Psychiatry.