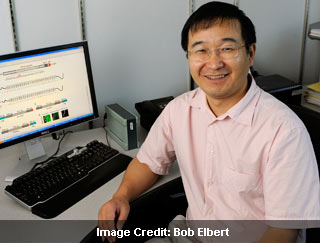 This new analysis may put forth advanced gene replacement and gene editing therapies which may be essential clinically. Researchers from Iowa State University have seemingly developed a hybrid type of protein that has the ability to make double-strand DNA breaks at particular places in living cells.

Researchers formed the hybrid protein by combining parts of two different bacterial proteins. One of the proteins is known as TAL effector which functions to identify the particular site on the gene that needs to be cut and the other is an enzyme known as nuclease that cuts the DNA strands.

Researchers involved with the analysis anticipate that the analysis may lead to the ability to change genomes by cutting out defective or unwanted parts of DNA, or by replacing faulty or undesirable gene segments with a functioning piece of replacement DNA. This process is known as homologous recombination.

“This breakthrough could eventually make it possible to efficiently modify plant, animal and even human genomes,” commented Bing Yang, assistant professor of genetics, development and cell biology. “It should be effective in a range of organisms.”

The hybrid proteins can be constructed to find definite segments of the DNA in any type of organism, researchers say. The proteins function by merging onto the specific segment of DNA that the researchers want to change. Yang’s proteins do this by noting the DNA sequence and locating the particular area to be cut.

Once the protein binds onto the DNA at the precise point, the latter half of Yangs protein cuts the double stranded DNA. In addition, the undesirable DNA can be removed and the desirable DNA can be introduced. Scientists share that when the DNA heals, the good DNA is included in the gene.

Yang started his analysis around one year back and after examining the results of the analysis conducted by Adam Bogdanove, ISU associate professor of plant pathology. Adam Bogdanove analysis highlighted that TAL effectors use a very straightforward code to bind to a specific DNA sequence.

Adam Bogdanove analysis enabled Yang to foresee accurately where the TAL effector nuclease will combine on the DNA to make the cut.