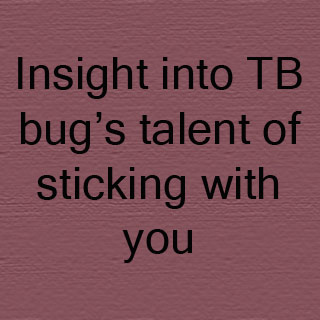 Mycobacterium tuberculosis may perhaps be the world’s most thriving infectious agent. This is supposedly because it knows how to stay away from being destroyed. It accomplishes this task by slowing its own growth. According to a novel research, tuberculosis infection seems to reside inside the body and presents no symptoms whatsoever.

Researchers associated with this new analysis estimated that nearly 30% of the world’s total population seemed to be infected with dormant tuberculosis. According to the World Health Organization, the tuberculosis bacterium appears to get reactivated in a number of people, this leading to approximately 1.3 million deaths each year.

To accomplish this, the mycobacterium responsible must oppose an arsenal of DNA-harming mutagens. These mutagens are believed to have been created within the macrophage and survive in the immune cell.
Glickman further stated that, “It’s incompletely understood how it can do that. We’ve identified one such mechanism.”

Apparently, this finding could lead to novel drugs that might remove strains of tuberculosis. These strains seem to have grown resistant to those that are presently obtainable. Research findings showed that tuberculosis appears to be successful mainly due to a protein identified as CarD.

The protein supposedly, moves in one direction, thereby recording the genes which programme ribosomal RNA (rRNA). This programming appears to be carried out by directly binding RNA polymerase and the cellular machinery that transcribes DNA into RNA. It was noted that rRNA is an essential component of the ribosomes that function as the cell’s protein factories. Glickman elucidated that the production of rRNA accounts for nearly 90 percent of the entire transcription.

“The mycobacterium tailors its translational machinery in response to stress within the host and we have identified CarD as a critical mediator of this response,” says Glickman.

Glickman and his colleague Christina Stallings illustrated that loss of CarD appears to be fatal to M. tuberculosis surviving inside the cell culture. It was observed that the decrease in CarD leaves the pathogen susceptible to be destroyed by starvation, oxidative stress and DNA damage as it is unable to cut its transcription of rRNA.

Glickman further added that with the help of infected mice, they were capable of explaining that the mycobacterium depends on CarD not only in its early stage but also during the most active phase of growth and later in the course of infection. Researchers claimed that drugs which aim CarD’s contact with RNA polymerase could as a result lead to a new essential tuberculosis drugs.

“The TB health crisis is exacerbated by the alarming emergence of multidrug- and extensively drug-resistant strains. The development of new chemotherapeutic strategies is imperative, which requires insight into the pathways involved in M tuberculosis infection, persistence, and drug resistance. CarD is one such pathway that we plan on targeting for therapeutic development,” says Glickman.

Glickman was of the opinion that earlier scientists were acquainted with how some bacteria adjusted to stress through limiting rRNA transcription. However this novel discovery claims to be the first one to show how this appears to be done in a mycobacterium. Allegedly, mycobacterium is deficient of a chief gene responsible in other bugs like E. coli.

He concluded that, CarD is extensively disseminated in the bacterial world, for example it is found in Bacillus anthracis, the bacterium that causes anthrax. The research findings may prove to be medically important for other disease-causing microbes.

This research has been published in the journal Cell.