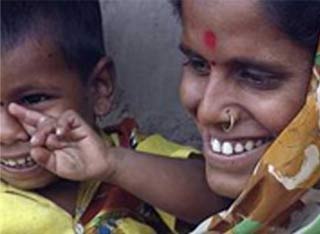 Women are usually advised to include adequate calcium in their diets to prevent conditions like osteoporosis. A joint study by scientists at the University of Southampton and New Delhi has put forth that growth observed in early childhood days could have an impact on bone density seen at a later stage of life as adults.

Such effects found in adulthood could signify the incidence of osteoporosis, the team asserted. The scientists incorporated nearly 565 men and women from the New Delhi Birth Cohort into the trial. The results of the analysis apparently correlated bone weight and density at the femoral neck, forearm as well as the lumbar spine to growth during childhood. The latter was inclusive of height and weight of the child at birth and in the developmental years.

Professor Fall Professor Caroline Fall of the Medical Research Council (MRC) Lifecourse Epidemiology Unit at the University of Southampton, remarked, “The risk of osteoporotic fracture depends on two factors: the mechanical strength of bone and the forces applied to it. We know that bone mass is an established determinant of bone strength and adult bone mass depends upon the peak attained during skeletal growth and the subsequent rate of bone loss.”

The investigators believed that peak bone mass is partially inherited, but lifestyle and environmental variables could be deciding factors too. Enhancing childhood and prenatal nutrition may help in reducing the risk of bone diseases experienced in adult life.

The revelations essentially disclosed that height and weight during early childhood could be related to bone mass gained during adulthood.