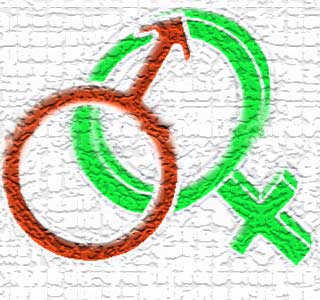 A latest research has discovered the reason why HIV seems to progress faster in women than in men with the same viral loads. It seems that these researchers have found a gender disparity in the response of a first-line immune cell to the virus. This intriguing research was jointly conducted by the experts from the Ragon Institute of Massachusetts General Hospital (MGH), MIT and Harvard.

Apparently, after acute HIV-1 infection women are believed to develop lower viral levels as compared to men, however this virus also seems to progress faster to AIDS in women than men. This mystery is now believed to have been solved by these researchers. They have discovered that a receptor molecule which is involved in the first-line recognition of HIV-1 may react differently to the virus in women patients. This difference in response may in turn lead to subsequent variations in chronic T cell activation, which is believed to be the sign of disease development.

Researcher Marcus Altfeld, MD, PhD, of the Ragon Institute and the MGH Division of Infectious Disease, says, “This study may help to account for reported gender differences in HIV-1 disease progression by demonstrating that women and men differ in the way their immune systems respond to the virus. Focusing on immune activation separately from viral replication might give us new therapeutic approaches to limiting HIV-1-induced pathology.”

In order to determine if gender differences may play a role in determining the disease progression, these experts were noted to have mainly focused on plasmacytoid dendritic cells (pDCs), which is believed to be one of the initial immune system cells to react to HIV-1. Apart from this, various other vial pathogens were also noted to have been focused on.

Initial in vitro experiments apparently revealed that a greater amount of pDCs from uninfected women, in reaction to TLR7 stimulation by HIV-1, seemed to develop interferon-alpha as compared to the cells from uninfected men. Following this revelation, these researchers attempted to verify if the hormone level of women had any effect on pDC activation. It was observed that pDCs from postmenopausal women seemed to produce levels of interferon-alpha in response to HIV-1, which were some what similar to those of men. Apart from this, it was also found that higher levels of progesterone also seemed to be linked with greater activation of pDCs in response to HIV-1 in premenopausal women.

Altfeld elucidates, “Taken together, these results support a model in which the same amount of virus induces stronger pDC activation in women than in men. While stronger activation of the immune system might be beneficial in the early stages of infection, resulting in lower levels of HIV-1 replication, persistent viral replication and stronger chronic immune activation can lead to the faster progression to AIDS that has been seen in women.”

These findings were noted to have given rise to a variety of other questions, like the process of how sex hormones have the ability to transform the TLR7-mediated response of pDCs to HIV-1. Further analysis is supposedly been conducted by these experts on the topic.

These findings will soon be published in the issue of Nature.