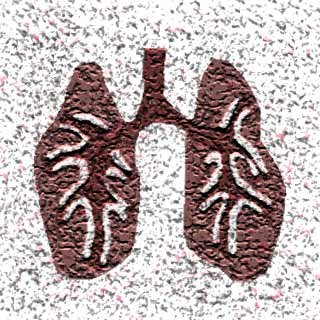 According to a new path-breaking research early exposure to environmentally persistent free radicals may have a long term impact on the function of the lung. This research has allegedly for the first time shown how inhalation exposure in infancy to free radicals present in airborne ultrafine particular matter may affect later lung function. This research was conducted by Stephania Cormiuer, PhD, Associate Professor of Pharmacology at LSU Health Sciences Center New Orleans.

The National Institutes of Health is believed to have estimated that more than 12 million people in the US may be presently diagnosed with COPD. It was also estimated that another 12 million people may be oblivious to the fact that they are suffering from this condition. Asthma is notably the most commonly occurring chronic disorder in childhood, where it apparently affects around 6.2 million US children below 18 years of age.

“It is no surprise that elevations in airborne particulate matter (PM) are associated with increased hospital admissions for respiratory symptoms including asthma exacerbations. What has come as a surprise is that early exposure to elevated levels of PM elicits long-term effects on lung function and lung development in children,” explains Dr. Cormier.

Dr. Cormier is believed to have conducted this research with the aim of determining how inhalation exposure in infancy to certain environmental factors may further progress into various lung-related conditions. She is notably in the midst of attempting to determine how an early exposure to allergens, respiratory viruses, etc. may lead to asthma, chronic obstructive pulmonary disease (COPD) later in life.

“Glucocorticoid (steroid) treatment is the foundation of asthma treatment; however, while the majority of patients with asthma respond to glucocorticoid treatment there are a number of patients who do not,” elucidates Dr. Cormier. “In cells, a protein called cofilin-1 appears to inhibit glucocorticoid function. We are currently testing whether cofilin-1 also does this in the body. If it does, then it is possible to envision the development of therapeutics aimed at inhibiting cofilin-1 for use in steroid-resistant asthmatics.”

These research findings are believed to be of great help since the US Environmental Protection Agency apparently does not regulate ultrafine particular matter emissions.

These findings were presented at the 11th International Congress on Combustion By-Products and Their Health Effects at the Environmental Protection Agency Conference Center in Research Triangle Park, N.C.