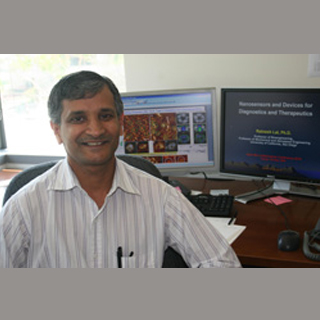 This news may certainly surprise some and shock several. Few present therapies being examined for Alzheimer’s disease may cause more neural deterioration and cell death. This is as per a finding by UC Sand Diego scientists.

By doing that, UCSD nano-biophysicist Ratnesh Lal and his colleagues examined the configuration and role of truncated peptides called nonamyloidgenic peptides, developed by a few Alzheimer’s drug candidates.

The scientists discovered that the nonamyloidgenic peptides apparently produced active ion channels that caused the cells to let in exceedingly high levels of calcium ions. It seems to have impaired synaptic effectiveness and ultimately destroyed neurons.

Lal and his colleagues are of the opinion that aggregate-forming amyloidogenic peptides appear to endorse neurological diseases by developing holes or channels in cell membranes, thereby disrupting ionic homeostasis by letting surplus ion drift in-and-out of cells, and most significantly enabling toxic quantities of calcium ions into neural cells. Truncated, shorter non-amyloidogenic peptide fragments that also form ion channels and modify neuronal feasibility are presumed by biomedical researchers to be non-toxic and are at present aimed at treating Alzheimer’s disease patients.

Lal, a joint professor in the UCSD Jacobs School of Engineering’s Department of Mechanical and Aerospace Engineering and Bioengineering, commented, “There are several drugs to treat Alzheimer’s in Trials I and II, but we don’t believe that they will be adopted for clinical usage. We believe we are providing the most direct mechanism of Alzheimer’s disease and Down Syndrome pathology. Through our research we have provided a structure and mechanism (an ion channel) that can account for the pathology. The strategy to control the activity of this structure – the opening and closing of the channel – should be targeted for an effective treatment.”

Lal and his colleagues are now apparently developing a 3D structural model of the ion channel by means of their data to recognize the domains of the channel for planning effectual therapeutics. Lal mentioned that the utilization of superior nanotechnology and biology merged with a multi disciplinary approach, supposedly helped in the researchers’ breakthrough finding.