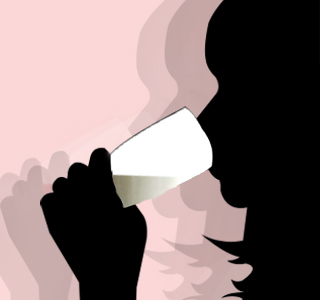 Everybody must have gone through the “finish your milk” phase in childhood. But, have you ever wondered why parents stress on forcefully making their children drink milk everyday? The obvious answer to the question would be to nourish and strengthen the bones and overall health of children.

Now, a novel study has added another benefit to this list of positive effects derived from drinking milk. It seems that drinking milk may hold the ability to reduce a person’s likelihood of facing death due to various conditions like stroke and coronary heart disease. This interesting study was conducted by the experts from the Universities of Reading, Cardiff and Bristol.

Lately, milk is believed to have been portrayed by the media as an unhealthy food product. Therefore for this purpose, the experts from the presently conducted study aimed to determine if the positive health benefits of drinking milk were greater than its supposed negative effects.

Seemingly, this is believed to be the first time that disease risk associated with drinking milk has been studied in relation to the number of deaths related to these diseases. This intriguing study was jointly led by Professor Peter Elwood, Cardiff University and Professor Ian Givens, University of Reading’s Food Chain and Health Research Theme.

This review was noted to have accumulated and yielded related-evidence from more than 320 assessments on the consumption of milk. It was observed that drinking milk may be the predictor of coronary heart disease (CHD), diabetes and stroke. More so, statistics regarding the link between drinking milk and cancer was notably based on the novel report by World Cancer Research Fund. The obtained result was then stated to have been tallied with the present rate of death caused from these diseases.

“While growth and bone health are of great importance to health and function, it is the effects of milk and dairy consumption on chronic disease that are of the greatest relevance to reduced morbidity and survival. Our review made it possible to assess overall whether increased milk consumption provides a survival advantage or not. We believe it does,” says Professor Givens. “Our findings clearly show that when the numbers of deaths from CHD, stroke and colo-rectal cancer were taken into account, there is strong evidence of an overall reduction in the risk of dying from these chronic diseases due to milk consumption. We certainly found no evidence that drinking milk might increase the risk of developing any condition, with the exception of prostate cancer. Put together, there is convincing overall evidence that milk consumption is associated with an increase in survival in Western communities.”

It was observed that the consumption of milk may hold the ability to lower the risk of death from illnesses like CHD, stroke, etc. by as much as 15-20%. Apart from this, greater consumption of milk was also noted to lead to significantly reduced health care costs, because of its assistance in reducing chronic disease and related morbidity.

These experts have laid emphasis on the need for further evaluation of the factors that are involved, and also the need for future analyzes to determine the epidemiological data on the topic. This is one area which is believed to have great implications for the agri-food industry.