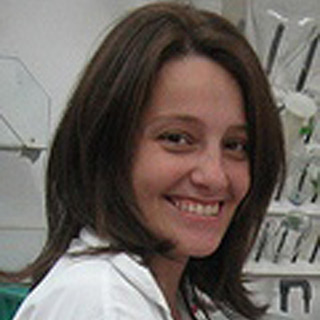 Prof. Yoel Kloog, the dean of the Faculty of Life Sciences at Tel Aviv University was known to be the first person across the world to have developed an effective anti-Ras drug against pancreatic cancer which is presently in medical trials. Prof. Kloog stated that the Ras protein seems to be found in approximately 30% of all human cancer tumors. Also, the Ras protein literally ‘drives cells crazy’.

A novel research demonstrates that anti-Ras drug may perhaps be able to reduce the development of diabetes as well. This research was conducted by Prof. Kloog’s student, Adi Mor of TAU’s Department of Neuro-biochemistry and Sackler School of Medicine.

Mor has modified Prof. Kloog’s anti-Ras FTS compound. Apparently, she did this in order to develop a novel tablet-based treatment for children and adults suffering from Type 1 diabetes.

Previous results have revealed that FTS seems to be effective in restoring insulin production in animal models. Allegedly, FTS could perhaps put an end to the daily needle injections endured by diabetics.

FTS was noted to have previously passed toxicity studies for other diseases and disorders. Furthermore, it seems to have the potential to fast-track through FDA regulatory hurdles, directly skipping to Phase II clinical trials. Allegedly, a novel drug for diabetes could be organized within five years of time. Earlier studies by Prof. Kloog’s lab found that the FTS compound seems to be effective against autoimmune diseases such as multiple sclerosis and lupus.

Mor further added that, “But the mechanism of its effects on immune cells was not well understood. I wanted to see if there was a connection between Ras and the regulation of the immune system, and if so if FTS could help regulate it to prevent or slow diabetes.”

Apparently, by treating cells with FTS compound, Mor was able to find and isolate a significant immune system regulator protein called Foxp3. This protein is believed to keep T cells inside the immune system in check. T cells are known to be the immune system’s ‘soldiers’ who fight off infection and disease.

When Mor blocked Ras with the help of FTS drug, she seemed to able to increase the Foxp3 protein. Supposedly, the Foxp3 protein gave a boost to the all-important T cells. Mor later speculated that if the amount of regulatory T cells in the body was increased, the progression of diabetes may perhaps reduce.

Mor said that, “My aim was to slow down diabetes, which brings a suitcase of side-effects like circulatory problems that lead to blindness and amputations.”

In her latest study, Mor treated pre-diabetic mice for nearly a period of six months. She gave one group FTS whereas another group was refrained from a drug completely.

More concluded by saying, “Diabetes is my main concern. So many children and adults continue to suffer from the disorder. Since the FTS molecule is very easily absorbed into the blood, it could be the first diabetes treatment in pill form to moderate insulin production in juvenile diabetes, slowing down the progression of the disease. It could help a lot of people.”

The findings of the research have been published in the European Journal of Pharmacology.