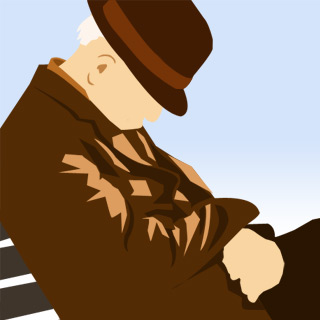 According to a latest study, elderly diabetic patients taking anti-psychotic medications may have a greater likelihood of getting hospitalized for hyperglycemia. This claim was made by Lorraine L. Lipscombe, MD, MSc, of the Institute for Clinical Evaluative Sciences, University of Toronto and Women’s College Research Institute at Women’s College Hospital, Ontario, Canada; and colleagues.

It was stated that these patients may have a greater risk of getting hospitalized for elevated levels of blood glucose, especially right after beginning their anti-psychotic treatment. Seemingly, in order to treat conditions like dementia, a significant number of elderly are being prescribed with such medications. However, in older adults these anti-psychotic medications are allegedly suspected of having certain negative effects including diabetes, stroke, etc.

The study investigators have stated, “The risk of diabetes may be partly related to chronic effects of the weight gain associated with antipsychotic agents. However, case reports of acute hyperglycemia after the initiation of therapy with these drugs suggest that they may also be associated with acute glycemic [blood glucose level] changes.”

For the purpose of the study, Lipscombe and colleagues were noted to have assessed more than 13,000 older people suffering from diabetes. All of these elderly diabetic patients were noted to have begun their anti-psychotic treatments in a particular span of time. Seemingly, in the observation period, the patients who were hospitalized for hyperglycemia were analyzed in comparison to control patients of the same age and gender but who were not hospitalized at the time.

Following this, the experts notably assessed the likelihood of hyperglycemia in those people who were presently using these medications, with those who had discontinued taking them.

“Our study indicates that the initiation of antipsychotic therapy represents a critical period during which seniors with diabetes are particularly vulnerable to metabolic decompensation [failure of the metabolic system to function adequately],” explained the investigators. “The new use of both atypical [newer] and typical antipsychotic drugs was associated with a significant increase in hospitalizations for hyperglycemia, which appeared independent of baseline diabetes treatment and was strikingly high during the initial period of antipsychotic therapy.”

Until further evaluations have been conducted on the topic, the experts suggest the adoption of other alternatives to treat behavioral symptoms of dementia. Older people suffering from diabetes may want to consider opting for other means of managing dementia symptoms.

More so, patients and their family members have been suggested to keep an eye on glycemic decomposition when anti-psychotic treatment has just begun. Apart from this, a close scrutiny of glucose level has also been suggested, especially for those who have just initiated this particular treatment.

These findings have been published in the Archives of Internal Medicine, one of the journals of JAMA/Archives.