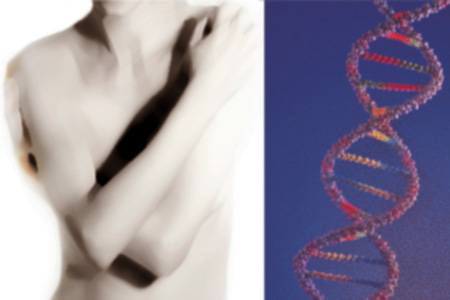 The link between environment and breast cancer would sound a bit uncanny. The environment which we all live in can prove to be so effective for breast cancer patients. This link has been established for the first time by the Research Institute of the MUHC and McGill University. The research has found a gene which is accountable in the environmental control and has an effect on the patient’s results. The environment surrounding the breast cancer cells is vital in finding out if tumor cells grow and migrate or fade away.

Senior author Dr Morag Park, Director of the molecular oncology group at the Research institute of the MUHC said, “A tumour can not exist on its own. It has to be supported and nourished by the cell types around it, the microenvironment.” “We now know that this environment is pivotal; different patients have distinct tumour microenvironments at a gene level. Our findings show that the gene profile of these distinct microenvironments can be used to determine clinical outcome – who will fare well and who will not,” he added.

From thousands of genes, the researchers could effectively identify 163 genes which were related to the breast cancer patients. The positive result according to them was having no tumour metastasis and tumour migration, while negative outcome was defined as non-responsiveness to therapy.
There was a panel designed for 26 specific genes out of 163 genes which helped to get precise predictions of clinical outcome. Then these 26 gene profiles were named as stromal derived prognostic predictor (SDPP), for envisaging the outcome from a second set of breast cancer patients.

Dr. Morag Park notes, “We were able to show that the SDPP effectively predicts outcome in a second group of patients. This panel accurately forecasted patient status, suggesting that this may be a promising diagnostic tool.”

She added, “Our next steps are to develop this 26-gene predictor into a functional test. We are currently working on this and we anticipate a product for clinical trials within a year.” The findings of this study are published in this week’s issue of Nature Medicine.