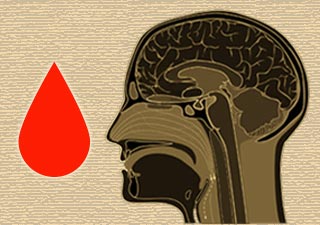 It was stated that the presently available tests may be usually based on expensive and labor-intensive neurological, neuro-psychological and neuro-imaging assessment. The new minimally-invasive technique identified as near-infrared (NIR) biospectroscopy is believed to have been jointly developed by Dr. Hyman Schipper, professor of neurology and medicine at McGill and Director of the Centre for Neurotranslational Research at the JGH along with his colleagues.

Evidently, biospectroscopy is the science of detecting the structure of substances using light or other forms of energy. It was believed that NIR biospectroscopy may be used to recognize changes in the blood plasma of patients with Alzheimer’s disease, changes which may be detected very early after the onset, and probably in the preclinical stage of the disease.

“The advent of a simple blood test for the diagnosis of early Alzheimer’s would represent a major achievement in the management of this common disorder” observed Schipper.

Evidently, in this study, Schipper and his colleague Dr. David Burns seem to have applied NIR light to blood plasma samples which may have been taken from patients with early Alzheimer’s dementia, mild cognitive impairment (MCI) and healthy elderly participants at the JGH/McGill Memory Clinic.

MCI is stated to be an intermediate state between normal cognition and dementia. It was believed that by using this technique, the study experts seemed to be capable of distinguishing Alzheimer in the healthy participants with 80 percent sensitivity (correct identification of patients with the disease) and 77 per cent specificity (correct identification of persons without the disease).

Apparently, an important number of participants with MCI seemed to have tested positively with the Alzheimer group, thereby suggesting that the test may have the ability to detect Alzheimer’s disease even before the dementia symptoms were diagnosed in the patients.

This study was published in the Journal of Alzheimer’s Disease.