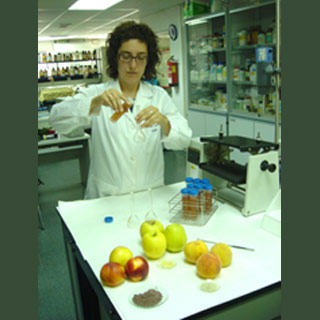 “These polyphenols need to be treated with acid to extract them from the cell walls of fruit in the lab. If non-extractable polyphenols are not considered, the levels of beneficial polyphenols such as proanthocyanidins, ellagic acid and catechin are substantially underestimated,” commented Sara Arranz from the Spanish Council for Scientific Research (CSIC) in Madrid who analyzed the fruits.

Dr Paul Kroon from IFR explained “In the human body these compounds will be fermented by bacteria in the colon, creating metabolites that may be beneficial, for example with antioxidant activity.”

The Spanish research group headed by Professor Fulgencio Saura-Calixto, has been working to demonstrate that non extractable polyphenols, which frequently escape analysis and is not generally considered in nutritional studies, is apparently a chief part of bioactive compounds in the diet.

Professor Saura-Calixto mentioned that these polyphenols are major constituents of the human diet with important health properties. To consider them in nutritional and epidemiological research may be useful for a better understanding of the effects of plant foods in health.

This research was published in the Journal of Agricultural and Food Chemistry.