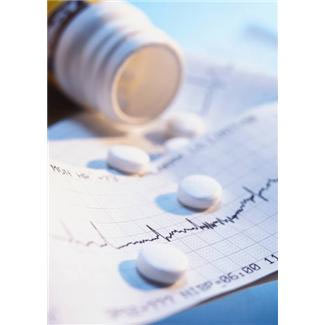 A previous report highlighted ibuprofen to lessen the risk of developing Parkinson’s disease. The painkiller it appears may have other uses too, as Australian scientists claim that the usually used drug did not elevate the risk of heart attack in the elderly population. Even though the experts aren’t clear on the reason, they suggest that these drugs known as non-steroidal anti-inflammatory drugs (NSAIDs), decrease the risk of death.

While conducting the study, the investigators examined a nationwide hospital admission and pharmacy prescription database of 320,000 Australian veterans. The experts scrutinized anti-inflammatory drugs other than ibuprofen that usually require a prescription. The authors assume that the correlation between NSAIDs and mortality is because of a variety of factors.

“Heart disease represents one of the main causes of death and long-term disability in the elderly population and the burden of heart disease is likely to increase in the future due to the progressive ageing of the population. Thinking up until now suggests that the use of anti-inflammatory drugs, for the management of pain and inflammation in a number of disorders affecting the musculoskeletal system, increases the risk of heart disease. Concerns over the potential risk associated with the use of NSAIDs have been expressed in a recent statement by the American Heart Association,” added Professor Arduino Mangoni, who recently joined the University of Aberdeen from Flinders University in Adelaide, led the study.

The experts anticipate that anti-inflammatory drugs employ protective effects towards both heart disease and cancer which are considered as the major killers worldwide. They claim that either the study subjects on these drugs were able to better control pain so had a less inactive lifestyle or these people were usually healthier.

Several experiments have apparently failed to highlight the risk of NSAIDs causing heart disease, so the association between the two can be questioned. During the latest study, authors aim to analyze the heightened risk of heart disease after considering NSAIDs as a whole, their sub-classes, and several individual drugs.

Professor Mangoni shared, “In fact our study has demonstrated that the use of NSAIDs has overall a neutral effect on the risk of heart disease in a large elderly population with multiple co-existing medical conditions. We also noted that the use of NSAIDs was associated with a reduction in all-cause mortality and there was a clear association with the number of prescriptions supplied in that the higher the number of prescriptions for NSAIDs the lower the risk of death.”

However, Professor Mangoni advised that even though painkillers are beneficial, people should not take the medication on a daily basis unless necessary. Further analysis will be undertaken to ascertain the impact of NSAID usage and the mechanisms involved.

The study is published in the British Journal of Clinical Pharmacology.