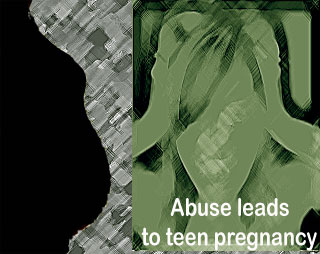 University of British Columbia study says that, apparently, the lesbian, gay and bisexual (LGB) teens in British Columbia are more vulnerable to pregnancy, as compared to the heterosexual teens; due to the sexual abuse, harassment and discrimination that they face.

This study is based on the British Columbia Adolescent Health Survey, which is conducted every 5 or 6 years. The survey questions the teens about their risky behavior, sexual health, and even sexual orientation. It’s said that, B.C. is, supposedly, the only province that monitors the trends in sexual health for both the heterosexual as well as the LGB teens.

Lead author, Elizabeth Saewyc, an Associate Professor in the School of Nursing at UBC and the Research Director at the McCreary Centre Society, says, “Teen pregnancy is declining, but the risk is still higher for LGB youth. These results are linked to higher rates of discrimination and harassment among LGB teens at school.”

Saewyc says, these estimates are not only limited to British Columbia. Apparently, other provinces also reveal high estimates of teen pregnancy in the sexual minority group. The study revealed the teen’s risky behavior that makes them more prone to pregnancy, like the lack of condoms used, or exposure to pregnancy at an early age, mainly due to sexual abuse.

It’s believed that teen’s exposure to discrimination and violence is highly risky for them. Thus, it’s said that additional measures need to be taken in order to avoid such negative exposure for LGB youth.

Their findings are published in the Canadian Journal of Human Sexuality.