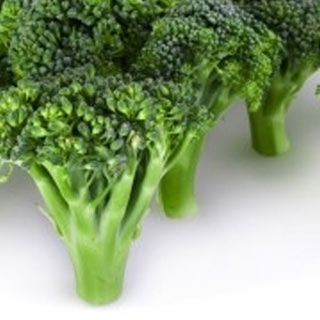 For long we have known that the arteries perform a major function of carrying deoxygenated blood from the capillaries to the lungs to oxygenate the blood. While we may not really think about it too much, eating right it appears could help our arteries to function adequately.

New British Heart Foundation scientists from Imperial College London have recently revealed the significance of including vegetables in everyday diet. The studies have shed light on why vegetables are good for the heart.

According to studies, a normally-protective protein known as Nrf2 is passive and inoperative in areas of arteries which are quite vulnerable to disease. But, they have also discovered that a chemical found in certain vegetables such as broccoli, cabbage and cauliflower, may contribute towards activating Nrf2 in the arteries disease-prone regions. It is believed that consuming these vegetables everyday can boost a natural defense mechanism in human body thereby helping in protecting arteries from diseases.

Dr Paul Evans, from the National Heart and Lung Institute at Imperial College London, explained, “We found that the innermost layer of cells at branches and bends of arteries lack the active form of Nrf2, which may explain why they are prone to inflammation and disease. Treatment with the natural compound sulforaphane reduced inflammation at the high-risk areas by ‘switching on’ Nrf2. Sulforaphane is found naturally in broccoli, so our next steps include testing whether simply eating broccoli, or other vegetables in their ‘family’, has the same protective effect. We also need to see if the compound can reduce the progression of disease in affected arteries.”

Studies reveal that the arteries get clogged due to several factors including when fatty deposits of cholesterol and other substances stick to the arterial walls and create plagues known as atherosclerosis. This atherosclerosis can result into angina, heart attack and stroke. Therefore, considering such adverse effects on the arteries functioning, experts established a fact that green leafy vegetables protect arteries from clogging that can cause heart attacks.

Professor Peter Weissberg, Medical Director at the BHF, said, “These fascinating findings provide a possible mechanism by which eating vegetables protects against heart disease. As well as adding evidence to support the importance of eating ‘five-a-day’, the biochemistry revealed in this research could lead to more targeted dietary or medical approaches to prevent or lessen disease that leads to heart attacks and strokes.”

With using normal mice, and mice engineered to lack the Nrf2 protein, the analysis discovered that in straight sections of arteries Nrf2 was present in the endothelial lining cells. Through its action and influence on other proteins, it prevented the cells from becoming inflamed, which is an early stage in the development of atherosclerosis.

In the lining cells of disease-prone sites – such as bending or branched arteries – Nrf2 was attached to a protein that made it inactive. This interrupted its protective and shielding properties.

The findings showed that adding sulforaphane actually re-activated Nrf2 in the disease-prone regions of the artery which resulted in reestablishing the cells’ ability to safeguard them from becoming inflamed. The scientists believe that this will help these artery regions to remain strong and healthy for longer, or even eliminate the progression of present disease. It is expected that this will be examined in their next phase of analysis.

This significance of eating vegetables everyday is recently published in the Journal Arteriosclerosis Thrombosis and Vascular Biology.