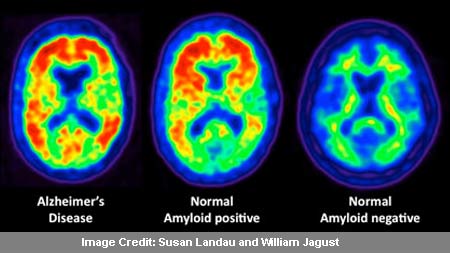 We are aware that the protein beta-amyloid is the main causal factor for Alzheimer’s disease. This study by scientists at the University of California has revealed that people who engaged in more frequent brain stimulating activities like puzzles and reading a book seemingly manifested fewer deposits of beta-amyloid in their brain.

For the analysis, the team inquired nearly 65 healthy individuals on how frequently they were involved in tasks that activated their brain, such as writing or reading. These men, who were aged 60 and above presently, were surveyed regarding their activities right from childhood. The subjects were then exposed to PET scans where the scientists found that there was an apparent link between lifetime association with mind-activating tasks and beta-amyloid. Other factors like education and gender were controlled in the study.

“This is the first time cognitive activity level has been related to amyloid buildup in the brain. Amyloid probably starts accumulating many years before symptoms appear. So it’s possible that by the time you have symptoms of Alzheimer’s, like memory problems, there is little that can be done to stop disease progression. The time for intervention may be much sooner, which is why we’re trying to identify whether lifestyle factors might be related to the earliest possible changes,” commented study lead author Susan Landau, research scientist at the Helen Wills Neuroscience Institute and the Berkeley Lab.

The study is published in the journal, Archives of Neurology.