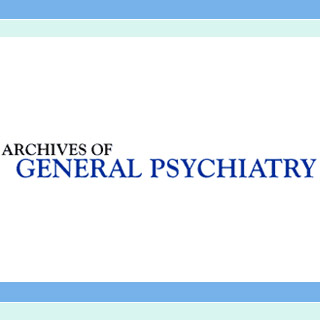 Soldiers who risk their lives for the nation apparently exhibit certain cognitive changes post war. A study was conducted to see if neuro – psychological changes transpire following deployment to war zones. The result of the study apparently claimed that post-traumatic stress disorder seemed to be linked to attention deficits in soldiers, one year after returning from Iraq. Additionally, severe combat experiences could be connected with faster reaction times in spite of of how lately a soldier was deployed.

According to background information in the article, preceding research has apparently proposed that as soldiers face extended nerve-racking and life-threatening situations, changes in their brains direct their cognitive thinking, learning and memory resources towards survival. For example, they may react to unsafe events more rapidly while losing the skill to concentrate, learn and remember events not related to battle.

The authors commented, “However, it remains unknown whether deployment-related neuropsychological changes persist over time, are associated with stress-related factors (e.g., combat intensity, posttraumatic stress disorder [PTSD] symptoms and depressive reactions) or are better accounted for by demographic and contextual variables.”

About 268 male and female, regular, active-duty soldiers who served between 2003 and 2006 were examined by Brian P. Marx, Ph.D., of Veterans Affairs Boston Healthcare System and Boston University School of Medicine, and colleagues. Neuropsychological tests were given to every soldier which gauged response time, attention and memory prior to and post deployment.

A group of 164 soldiers was evaluated both instantly and one year following their return, whereas a second group of 104 who returned more lately, were reviewed before deployment and then a median (midpoint) of 122 days after returning. The evaluation also apparently recorded demographic and military information. It further observed threat issues for neuropsychological disorders and combat intensity along with emotional anguish.

The authors mentioned, “Greater PTSD symptoms were associated with poorer attention in soldiers tested at one-year follow-up but not in recently returned soldiers. Greater combat intensity was associated with enhanced reaction time, irrespective of time since return.”

Neither depression nor alcohol use and head injury were apparently linked with changes in neuropsychological functioning.

The authors further added, “Recent findings reveal notably high rates of poor mental health outcomes among U.S. service members upon return from Iraq deployment. Our findings additionally highlight the neuropsychological consequences of chronic PTSD symptoms. Although neuropsychological changes were not profound and, for reaction time, can be construed as desirable in the short term, their significance lies in the demonstration that psychiatric symptoms often reflect more extensive biological changes, including those affecting brain functioning.”

The authors concluded by mentioning that a growing literature demonstrates the significant impact of prolonged and repetitive stress on health factors. For e.g., immune functioning, cardiovascular disease and other systemic medical illnesses that can be traced to the biological stress response. Thus, subtle cognitive changes such as positive or negative linked with combat exposure or PTSD may represent a warning sign relevant to long-term health.

This study was published in the September issue of Archives of General Psychiatry, one of the JAMA/Archives journals.