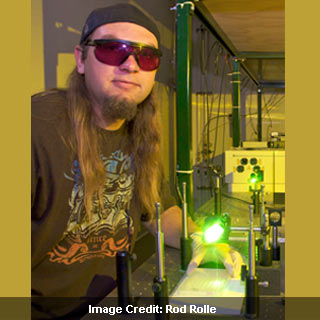 The fact that scientists are developing new drugs for the treatment of many grave diseases is a proof that medical technology has grown by leaps and bounds. Now-a-days, researchers are also using novel ways to deliver these drugs into the body. Pertaining to that, researchers at UC Santa Barbara have supposedly developed an innovative way to carry drugs into cancer cells by exposing them temporarily to a non-harmful laser.

The researchers claimed to have used cancer cells from mice and raise them in culture. They then launched gold nanoshells, with a peptide-lipid coating, that summarized ‘silencing ribonucleic acid’ (siRNA), which could be the drug that may be used by the cells. After that, the cells were possibly shown to a non-harmful infrared laser.

Norbert Reich, senior author and a professor in the Department of Chemistry and Biochemistry at UCSB, explained, “This entirely novel tool will allow biologists to investigate how genes function by providing them with temporal and spatial control over when a gene is turned on or off. In a nutshell, what we describe is the ability to control genes in cells –– and we are working on doing this in animals –– simply by briefly exposing them to a non-harmful laser.”

Gary Braun, first author and a graduate student in UCSB’s Department of Chemistry and Biochemistry, commented, “A major technical hurdle is how to combine multiple biochemical components into a compact nanoparticle which may be taken up by cells and exists stably until the release is desired. Laser-controlled release is a convenient and powerful tool, allowing precise dosing of particular cells within a group. The use of biologically friendly tissue penetration with near-infrared light is the ideal for extending this capability into larger biological systems such as tissues and animals.”

The authors established, for the first time, the delivery of a powerful siRNA cargo within mammalian cancer cells which was supposedly released by revealing the internalized nanoparticles for numerous seconds to a pulsed near-infrared laser tuned for maximum absorption with a definite spatial outline. The method may be prolonged to carry various drug molecules against varied biological targets.

The result of this research was published in ACS NANO, a journal of the American Chemical Society.