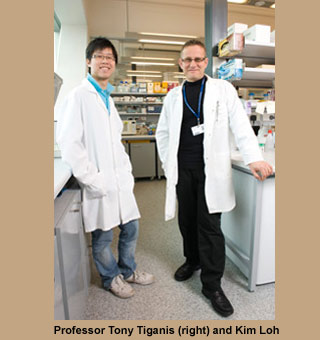 In a shocking revelation by scientists from Monash University, it has come to light that antioxidants, which are often used as a health supplement, may speed the beginning of type 2 diabetes.

Diabetes is known to be Australia’s fastest growing disease. It was estimated that approximately 275 people develop this disorder every day. Type 2 diabetes is known to be linked to genetic and lifestyle factors including obesity, low physical activity and poor diet. Moreover, it seems to cost our health care system an estimated $3 billion dollars each year.

Lead author of the study, Professor Tony Tiganis from the Monash Department of Biochemistry and Molecular Biology, has found that molecules known as Reactive Oxygen Species (ROS) may possibly play a protective role in the early stages of Type 2 diabetes thereby improving insulin action. Moreover, antioxidants are known to prevent the beneficial effects of ROS.

He further continued saying that, “However, our studies do not negate the role of ROS in late-stage disease. There’s a ‘yin and yang’ relationship that takes place, wherein ROS are beneficial in the early stages of Type 2 diabetes and shift to being harmful at later stages of the disease. We are now trying to find out when ROS make the switch from being ‘good’ to ‘bad’.”

Scientists were believed to have shown that when ROS levels were high in muscles of genetically-modified mice they could prevent the onset of insulin resistance and diabetes which is induced by a high-fat diet. However when these animals received antioxidants, which ‘mop up’ ROS, the improved insulin response seems to have been lost and the mice became more ‘diabetic’.

“Although we need to undertake further studies in humans, our results indicate that the widespread use of anti-oxidants by the general public as a preventative measure is something that should be discouraged, particularly if you are otherwise healthy,” continues Tiganis.

He stated that, “Eat healthy and exercise as this is a natural source of ROS that promotes insulin action.”

Supposedly, this study challenges the general view that ROS are always dangerous and that antioxidants are always beneficial.

The findings of the study have been published in the journal, Cell Metabolism.