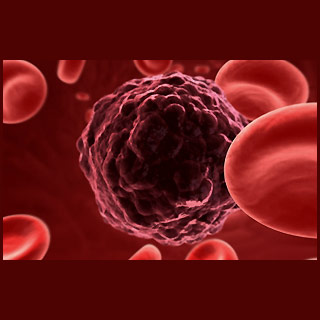 Cancer is certainly a deadly disease which apparently affects millions of people all over the world. Cancer may affect people at all ages, even fetuses, but the possibility for a lot of varieties apparently increases with age. According to the American Cancer Society, in 2007, around 7.6 million people apparently died from cancer worldwide.

A small piece of genetic material with apparently no earlier known function may hold the key to supposedly halt the spread of cancer. This was claimed by a research at Yale School of Medicine and Sichuan University in Chengdu, China.

The research explains as to how cancer may rise above an organism’s normal ‘stop sign’ for cell division. This was mentioned by Alan Garen of the Department of Molecular Biophysics & Biochemistry at Yale and his colleague Xu Song.

During early development, stem cells may apparently mount to other cells that could distinguish into all kinds of tissue. New cell division and multiplication may apparently halt as the organism matures. Nevertheless, cancer could takeover this procedure and may generate unrestrained cell division that may produce cancer tumors.

One mechanism that supposedly halts cell multiplication is said to be a family of tumor-suppressor proteins (TSP) that attaches to and may obstruct the purpose of proto-oncogenes, or genes that could have the possibility to cause cancer.

Garen and his set of colleagues, working with mice, apparently discovered that an RNA molecule from a region of the genome that does not generate proteins may thwart a type of TSP from probing these developing cancer genes. As per them, the TSP protein was known as PSF and it is apparently almost the same in humans and mice.

The Yale team apparently succeeded in stopping the development of tumors in mice by either increasing the quantity of PSF or reducing the amount of the non-coding RNA in a cell.

Garen, who is a member of Yale Cancer Center, commented, “The tumor cell stops proliferating and the tumor regresses in a mouse model of cancer, suggesting that both procedures could be the basis of a clinical protocol.”

Garen and his colleagues may carry on their researches on the method that could control the quantity of PSF-binding RNA in a cell, which they consider as vital to the origins of cancer.

This finding was published in the issue of Proceedings of the National Academy of Sciences.