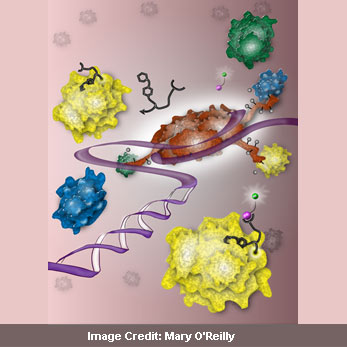 Friedreich’s ataxia is said to be a hereditary disease that may be the reason for progressive injury to the nervous system which may lead to symptoms ranging from gait disturbance and speech problems to heart disease. Well a research team form Scripps has now identified an enzyme target of a drug group that could halt the development of Friedreich’s ataxia in mice and may do the same for humans.

These findings, which were developed in partnership with researchers from Repligen Corporation, could assist in apparently advancing the treatment towards human clinical trials, which may be a welcome event for disease sufferers who at present supposedly have hardly any treatment options. This research could also result in treatments for associated conditions like Huntington’s disease and the spinocerebellar ataxias.

Approximately 20,000 to 50,000 people in the United Stated may be affected by this disease. Apparently in majority of the cases, patients may be eventually restricted to a wheelchair and several of them apparently die as young adults.

Joel Gottesfeld, a professor in the Department of Molecular Biology and leader of the Scripps Research team who discovered the potential treatment, commented, “It will be very rewarding if our work actually leads to a therapy for Friedreich’s. This is a horrible disease.”

Apparently a big recurrence of a definite triplet DNA pattern in the frataxin gene is claimed to be attached to low frataxin production by the researchers. Even though several questions are unanswered, it seems that the strange DNA structure ensuing from these repetitions could someway draw enzymes like histone deacetylases (HDACs). These enzymes may change the packaging of the DNA in chromosomes in a manner that could inactivate the expression of the frataxin gene, although it apparently stays unbroken.

But researchers were not certain as to how these molecules function, and understanding a drug’s activity could be crucial to progress with drug development, as well as to apparently achieve enhanced understanding of the disease.

To respond to that query, Chunping Xu, a postdoctoral research associate in Gottesfeld’s lab, drew on work by Scripps Research Professors Barry Sharpless and Ben Cravatt and their groups. By a method known as ‘click chemistry’ and other means, Xu apparently joined 4b with a fluorescent tag, which apparently led to a compound known as 1-BP. This creation with samples of several HDACs was supposedly incubated. It could be known if it was due to joining with 1-BP, if the enzyme of enzymes targeted apparently turned fluorescent.

The outcome was apparently obvious. As per Gottesfeld, this molecule has just an astonishing preference for HDAC3 over any of the other HDAC enzymes.

By recognizing the one that may be playing a major part, the researchers have apparently exposed the path, or at least a path, that may regulate the production of the frataxin protein. With that detected, the researchers may be in a better position to be aware of what’s causing the disease.

Having such information about the mechanism of a possible drug treatment could also be crucial to know what effects a drug might have on patients.

Gottesfeld and his colleagues may carry on examining HDAC3 and its inhibitors in the anticipation of detecting accurately how this enzyme may control frataxin production, and whether it may directly or indirectly inactivate the frataxin gene. Such work could assist researchers to understand how Friedreich’s and similar diseases like Huntington’s progress, apparently enhances the odds of effective treatments.

The findings were published in the September issue of the journal Chemistry & Biology.