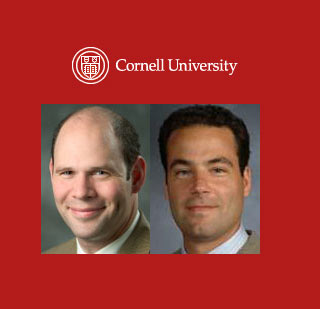 A research conducted by Cornell biomedical engineers and plastic surgeons at New York – Presbyterian Hospital/Weill Cornell Medical Center anticipated that a compound found in sunless tanning spray may help to recover wounds post surgery. It is expected that a sticky gel of polyethylene glycol and a polycarbonate of dihydroxyacetone (MPEG-pDHA) may support in closing surgical wounds.

When removal of cancer tissues is undertaken a hollow space is left behind. This space is filled with seroma fluid and it must be drained by a temporary implant. This is one negative aspect of the surgery which cannot be avoided said Dr. Jason Spector, a plastic surgeon. The new substance would prevent seroma buildup as it would glue together the hole left behind.

“DHA is a compound that is naturally produced in the body,” said lead author David Putnam, associate professor of biomedical engineering on Cornell’s Ithaca campus. “The glue is broken down, or metabolized, and then safely removed by the body.”

DHA sticks to specific compounds in the biological tissues. Due to these sticky properties sunless tanners comply with the skin without being wiped off. DHA does not stay annexed on the body tissues forever as it is biodegradable and water soluble. Elements that increase the risk of being infected are the recently used bio glue made from animal products. This bio glue takes a long time to deteriorate in the body.

DHA is an operative compound produced during metabolism of glucose that is used by the body as fuel. Putnam’s lab worked to create intact synthetic compounds from chemicals available in nature. In order to create MPEG-pDHA Putnam and his colleagues initially put together single molecule monomer of DHA which is highly reactive and a group of molecules which are protective. This made it stable enough to manipulate. It allowed the engineers to attach monomers together to form a polymer, or a chain of molecules including MPEG. The polymer gel can then be injected through a syringe. Making polymers from DHA mystified chemical engineers for almost 20 years, commented Putnam.

“The next step would be to test the gel on larger animals and then in clinical trials in human surgical cases,” Spector said. “This is another aspect of the compound that would be greatly beneficial if proven to be applicable in humans,” Spector said. “The gel could speed the healing and decrease bleeding within the body.”

In gel form, the compound is capable of sticking tissues together like an internal Band-Aid, preventing the pocket from filling with seroma fluid says Putnam. The researchers found that the gel stopped or lowered fluid buildup in rats that had breast tissues removed.

Previous results published by Putnam and Spector in the August 2009 issue of the Journal of Biomedical Materials Research showed that the gel also helped to stop bleeding in a rat liver.

The results were published online on May 31 in proceedings of the National Academy of Science.