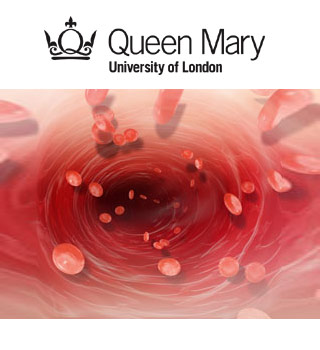 A vital finding has been made by researchers at Queen Mary, University of London. This finding relates to understanding what causes the arteries to get choked up.

Supposedly it is an enzyme known as matrix metalloproteinase – 8 which apparently plays a critical function in increasing blood pressure and causing unusual build-up of cells in the arteries, both of which may raise the possibility of heart disease.

It is claimed that a heart disease is claimed to be the number one cause of death in the UK. The researchers are of the opinion that their research could result in new drugs for treating high blood pressure and may avert heart disease.

Shu Ye, Professor of Molecular Medicine and Genetics at Queen Mary, University of London who led the research, explained, “Our research tells us that this enzyme plays a crucial role in the build-up of fatty deposits in the arteries which causes heart disease. Many patients with high blood pressure or heart failure are currently treated with ACE inhibitor drugs. However, some patients do not respond sufficiently to ACE inhibitors alone. We hope that what we’ve found here could be the basis for new drugs that can enhance the effects of ACE inhibitors, which would reduce deaths from heart disease.”

The mice which were genetically changed so they may not be able to generate the MMP8 enzyme were examined by the researchers. The mice were apparently fed western-style diet high in fat and cholesterol and were evaluated against general mice fed on the same diet. The mice which did not have the enzyme apparently had clearer arteries and lower blood pressure.

Around 2,000 patients were supposedly analyzed by the researchers. The patients were apparently being examined for clogs in arteries leading to their hearts with a test known as coronary angiogram. They discovered that about 25 percent of these patients had a faintly different version of the gene for MMP8 and their arteries were apparently more choked as compared to other patients.

These findings have just been published in the journal Circulation Research.