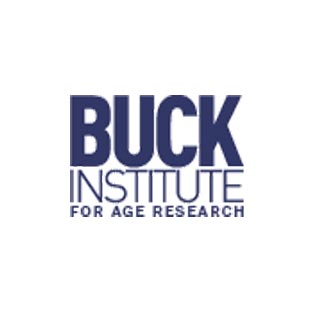 Flies fed an ‘anti-Atkins’ low protein diet may apparently survive longer as their mitochondria may work better. This study was conducted at the Buck Institute for Age Research. It claimed that the molecular mechanisms in charge of the lifespan extension in the flies could have significant repercussions for human aging and diseases like obesity, diabetes and cancer.

The study may also offer a new level of understanding of the regulation of mitochondrial genes and unlock new possibilities of investigation into the relationship between mitochondrial function, diet and energy metabolism. Mitochondrion apparently acts as the ‘powerhouse’ of the cells. It may be well known that mitochondrial function could deteriorate with age in several species and in humans suffering from Type II diabetes and obesity.

It apparently supplies the first genome-wide study of how proteins may be interpreted under nutritional constraint in any organism. The experts account the unforeseen result that while there may be a drop in protein synthesis worldwide with the low protein diet, the activity of definite genes involved in producing energy in the mitochondria are apparently increased. That activity, which may occur at the level of alteration of RNA to protein, could be imperative for the protective effects of nutritional restraint.

Kapahi mentioned, “There have been correlative studies that show mitochondria change with dietary restriction, this research provides a causal relationship between diet and mitochondrial function.”

The study apparently illustrates a new mechanism of how mitochondrial genes may be transformed from RNA to protein by a certain protein i.e. d4EBP. Flies apparently fed on a low protein diet and exhibited an uptick in activity of d4EBP, which may be caught up in a signaling pathway that may mediate cell growth in reaction to nutrient availability known as TOR i.e. target of rapamycin.

The study showed that d4EBP is apparently essential for lifespan extension upon nutritional constraint. When the activity of the protein was hereditarily ‘knocked out’ the flies apparently could not survive longer, even when fed with the low protein diet. When the activity of d4EBP was improved, lifespan was supposedly lengthened, even when the flies consumed a rich diet.

Kapahi remarked, “In flies, we see that the long-lived diet is a low protein diet and what we have found here is a mechanism for how that may be working.”

The study apparently questions the health gains of high-protein diets which could be frequently used by humans to lose weight. The long-term effects of such diets have apparently not been checked in humans, as they may be injurious.

The Buck Institute study apparently implies an imperative function for 4EBP and mitochondrial function as brilliant targets to investigate their position in lifespan extension in mammals.

The finding appears in the edition of Cell.