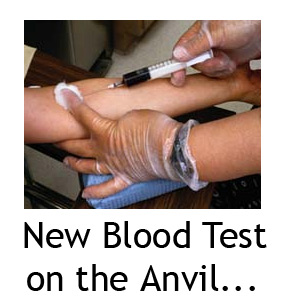 Are you simply feeling low and perhaps don’t know whether you are suffering from some kind of a mood disorder? Well, then worry no more, for soon a simple blood test will help to predict just how bad things are, making it easier and faster to diagnose and treat the disorder.

Scientists at Indiana University School of Medicine claim to have successfully identified biomarkers in the blood which are associated with mood disorders.

The scientists say that this discovery may change the way bipolar illness is diagnosed and treated.

For this, the research team analyzed blood samples from 96 patients. They found varying levels of the biomarkers in participants with high or low mood states.

They also found that concentrations of the biomarkers varied, depending on the severity of depression or mania or even the patient’s individual experiences.

Among the markers identified by the study were five genes involved in the formation of the myelin sheath that protects the nerves, and six involved in controlling growth in the body.

“This discovery is a major step towards bringing psychiatry on par with other medical specialties that have diagnostic tools to measure disease states and the effectiveness of treatments,” said Dr. Alexander Niculescu, the study’s lead researcher.

“Although psychiatrists have been aware that bipolar illness and other psychiatric conditions produced molecular changes in the brain, there was no way to measure those changes while the patient was living. Blood now can be used as a surrogate tissue to diagnose and assess the severity of the illness,” he added.