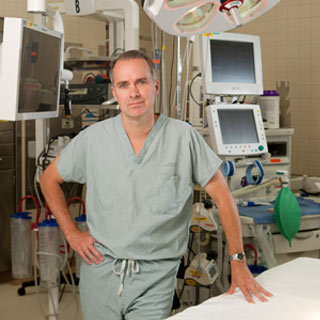 A fascinating University of Michigan Health System study seems to throw light on assumptions about the role of complications in differentiating good and bad hospitals. The study confirms that severe complications seem to be common after major surgery. For instance, nearly 1 in 6 patients experience serious complications. However, the study findings further revealed that what drives hospital mortality appears to be failure to rescue.

Low mortality hospitals are believed to have medical teams with the ability to rescue patients by identifying and heading off possibly catastrophic complications. Apparently, these include deep wound infections, pneumonia, kidney failure, blood clots, and strokes.

Inspite of similar patterns of complications, patients at high mortality hospitals are noted to be approximately twice as susceptible to die after developing a severe post-surgical complication. Supposedly, it’s a novel view of what defines the safest hospitals for surgery.

Study author John D. Birkmeyer, M.D., professor of surgery and chair of surgical outcomes research at U-M Medical School, stated that, “The general assumption has been that high mortality hospitals simply have higher complication rates. We were quite surprised to find that that’s not true.”

For the purpose of the study, Birkmeyer was noted to be working with U-M surgery resident Amir A. Ghaferi, M.D., the paper’s first author, and Justin B. Dimick, M.D., M.P.H, assistant professor of surgery at U-M Medical School.

During the study, experts were believed to have used data on nearly 84,730 patients who were undergoing general and vascular surgery. These patients were noted to be from about 186 hospitals who were participating in the American College of Surgeons – National Surgical Quality Improvement Program.

“The findings give us a much better sense about where we should be looking if we hope to reduce hospital mortality rates with surgery. Rather than focusing only on what the surgeon does in the operating room, we need to focus on what’s happening on the wards and in the intensive care unit afterward,” says Birkmeyer, the George D. Zuidema Professor of Surgery at U-M.

Apparently, the study found similar patterns in the outcomes of specific complications. For instance, very high mortality hospitals seem to have similar rates of postoperative bleeding in contrast to other hospitals. However, it was noted that patients were 50 percent more likely to die if bleeding took place.

Birkmeyer, who is also director of adult bariatric surgery at U-M Health System, further continued saying that, “We have a number of hypotheses about why some hospitals may be better than others in rescuing patients. Early recognition of a potential problem is crucial and may be related to the quality and quantity of nursing staff and relationships among team members — for example, whether nurses are afraid to call the doctor at night.”

It was believed that hospitals carrying out high risk surgery should have sufficient resources for ensuring timely and effective treatment once complications are identified.

“Those hospitals should have doctors in house after hours, rapid response teams, and surgical ICUs managed by board certified intensivists,” says co-author Dimick.

Although difference in hospital outcomes with surgery has long been recognized, the study sheds new light on why hospitals appear to have lower mortality as compared to the others.

The findings of the study have been published in New England Journal of Medicine.

Experts seem to have found orange juice to be more harmful...