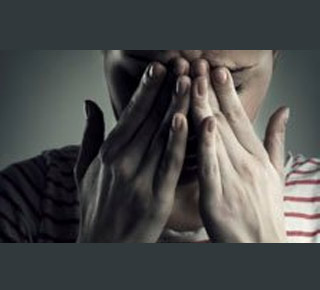 Chronic Fatigue Syndrome or Myalgic Encephalomyelitis (CFS/ME), a long-term, complex and debilitating condition apparently paves way for fatigue along with symptoms such as poor concentration as well as memory. Although the precise cause of this ailment is not known, it can now be treated, thanks to the following discovery. A recent study led by the King’s College London suggests that graded exercise therapy (GET) and cognitive behavioural therapy (CBT) can benefit up to 60 percent CFS/ME patients.

The PACE trial (Pacing, graded Activity and Cognitive behaviour therapy: a randomised Evaluation), was conducted on a total of 640 patients diagnosed with CFS from England and Scotland who were able to attend hospital clinics for treatment. Patients were provided with specialist medical care that comprised general advice about managing the illness and prescribed medicines for symptoms like insomnia and pain. Participants were categorized into four trial groups. Three of the groups were subjected to CBT, GET or adaptive pacing therapy (APT) for a period of six months.

Those going through CBT apparently had a clinical psychologist or specially trained nurse to make the patients understand how their symptoms are affected by the way they think about and cope with them. Also the CBT patients received encouragement to boost their activity. Patients undergoing GET had a physiotherapist that aided them to try a gradually increasing tailored exercise programme. Such a programme may consider the individual patient’s symptoms, fitness as well as the current level of activity. Volunteers who underwent APT had an occupational therapist for comparing their activity level to the amount of energy they have and making the patient adapt to the illness rather than assuming they can gradually do more.

“Patients can suffer for years with debilitating symptoms which affect their ability to lead a normal life. Although previous small trials had suggested that CBT and GET help some patients, concerns had been raised about the safety of these treatments. An alternative approach called pacing was widely advocated but had not been scientifically tested. The PACE trial was designed to find out the relative benefits and harms of all of these treatments when combined with specialist medical care,” added Professor Trudie Chalder from King’s College London and co-author of the study.

On completion of the study, it was noted that GET and CBT were the most effective in treating CFS/ME. Both the treatments can be probably employed for patients who are able to attend hospital if they are suffering from fatigue due to CFS/ME. It was concluded that GET and CBT may safely benefit a wide number of patients. Further investigations can be carried to out to lay hand on new means of improving health and quality of life among CFS/ME patients.

The study was published in The Lancet.