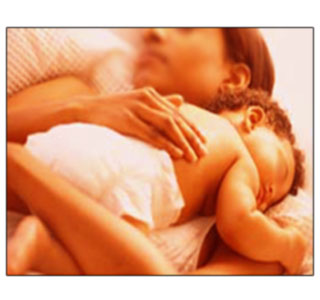 Parents who spent their night time and shared their bed with their infants reported poor sleep, according to a report published on 10th June at SLEEP 2008 in the 22nd Annual Meeting of the Associated Professional Sleep Societies (APSS).

The author of the study Molly Countermine, of Penn State University, studied 45 families with infants between one and 24 months. Parents were asked to complete measures of parental cognitions on infant sleep, behavior and practices about the sleep arrangements. Later the measures of adaptation to infant sleep were obtained from five items which investigated about parent’s contentment with infant’s sleep place and bedtime and night time behavior.

The final results showcased the adaptation rates of both fathers and mothers were greatly correlated. Infants who spent irregular time with parents suffered poorer adaptation scores compared to those parents who actually slept in different beds from their infants. Parents who had an easygoing attitude regarding bed-sharing spent greater time with their infants at night compared to those parents with low lenient attitudes. Amusingly, lenient or easygoing attitudes of bed-sharing were linked with poorer adaptation in both mothers and fathers.

“In a culture that is typically not accustomed to co-sleeping, parents who choose to co-sleep for their child’s well-being may be doing so at their own expense,” said Countermine.

It is suggested that adults receive seven to eight hours of nightly sleep, infants 14-15 hours and toddlers 12-14 hours.

The American Academy of Sleep Medicine (AASM) offers the following tips on how to get a good night’s sleep:

Those people who believe that they may be undergoing from a sleep disorder are advised to visit their physician or a sleep specialist.