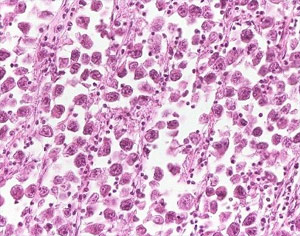 A US team of researchers have developed a microchip device that can detect rare tumor cells that may be lingering in the human bloodstream. In fact, this device is able to capture, count and analyze circulating tumor cells (CTCs) from a blood sample.

Basically, CTCs are cells from solid tumors that circulate in the bloodstream at a level of one in a billion cells. Since they are rare and fragile, it’s been impossible to use CTCs to help doctors make clinical decisions when it comes to cancer patients.

According to the team of researchers from the Massachusetts General Hospital in Boston, the new CTC-chip make prove to be effective to monitor and guide cancer treatment.

This device has a silicon chip with around 80,000 microscopic posts. Each post is coated with an antibody to a particular protein expressed by most solid tumors.

“The use of nanofluidics to find such rare cells is revolutionary, the first application of this technology to a broad, clinically important problem,” said Dr.Daniel Haber, director of the MGH Cancer Center and co-author of the report.

“While much work remains to be done, this approach raises the possibility of rapidly and non-invasively monitoring tumor response to treatment, allowing changes if the treatment is not effective, and the potential of early-detection screening in people at increased risk for cancer,” Haber concluded.