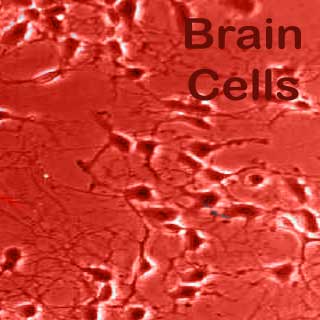 University of Washington researchers have come across neurons that are considered vital to how living beings learn from experiences. They have made use of a new imaging technique called Arc catFISH.

The researchers, through this innovative imaging technology, have visualized individual neurons in the amygdalas of rat brains. These neurons are triggered in the animal, when they are given an associative learning task.

UW professor of psychology, Ilene Bernstein, says that, Associative or Pavlovian conditioning is a basic form of learning in animals. This mode of learning is widely researched for plasticity learning or the process where experience brings about a change in the brain’s circuit.

Through experiments, the researchers focused on the convergent neurons, which are believed to be the place where learning constitutes. These particular neurons reacted to both: a novel saccharine solution, and an unconditional stimulus, in the form of lithium chloride. This is said to have made the rats sick. Bernstein says that, convergent activation is presumed to be a crucial factor for plasticity. However, there is not a lot of evidence to prove the similar results in a mammalian brain.

The researchers, making use of the imaging technique, visualized the convergent activation that took place in half an hour. In order to achieve this, the animals were given taste aversion training.

The rats were given saccharine solution to drink, and were later injected with lithium chloride. They got nauseous and died minutes later. Bernstein says, “We believe that within any given learning trial the number of neurons activated by both conditioned and unconditioned stimuli is likely to be very sparse. In the area we looked at only about 4 percent of about 300 neurons show this response.”

The researchers in another experiment gave the injection first and then saccharine solution. However, in this order, in spite of being exposed to the similar stimuli, convergent neurons were not activated in the animals.

The researchers also stated that associative learning constitutes when a conditioned stimulus is followed by an unconditional stimulus, which results in the activation of convergent neurons. They hope to use the imaging technique for a deeper understanding of this theory.

Their findings will appear online in the Early Edition of the Proceedings of the National Academy of Sciences.